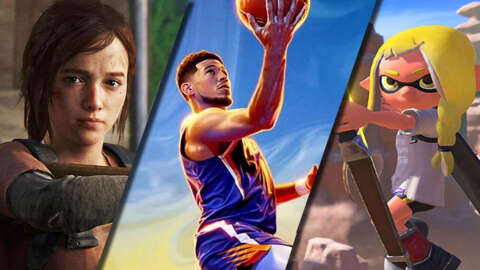 September is starting strong with the re-remaster of one of the best games of all time. The Last of Us Part 1 features updated and improved AI, a new permadeath mode, a speedrun mode, an updated photo mode, unlockable costumes for Joel and Ellie and a model viewer. On the technical side, Part 1 can render in native 4K at a targeted 30fps or a dynamic 4K at a targeted 60fps display mode.

This year’s NBA offering from 2K makes a host of changes to the gameplay and focuses on bringing balance back to the offensive game. New gesture combos, such as double throws and switchbacks, are meant to provide shooting windows in tight quarters. Double-throw gestures are used for hop-step layups, while switchback gestures are used for Euro-step and cradle layups. The game’s ball handling combos are also getting expanded on, with the full list of Moving Crossovers nearly doubling from last year’s game, from 15 to 28 options.

Splatoon is back and this time around it’s introducing new modes like Splatfests, matches that will feature not two but three competing sides and table Turf Battle, a new card-collecting puzzle game mode. All of the weapons from previous Splatoon games will be returning, along with a new bow-and-arrow-like weapon called a Stringer, and a melee sword weapon with a charged slash called a Splatana.