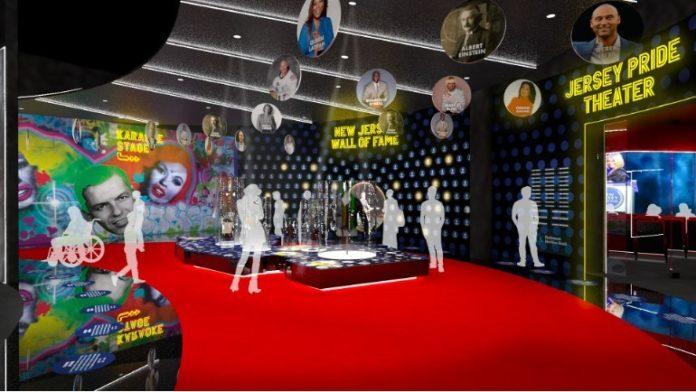 The new Entertainment and Learning Center will be located on the third floor of the Meadowlands entertainment, shopping and dining destination, with an expected completion happening by spring 2023.

“American Dream is filled with attractions, shops and restaurants that cannot be found anywhere else in the world, let alone the state. It’s truly a source of pride for the great state of New Jersey, and therefore it’s only fitting for the NJHOF to open its Entertainment and Learning Center here. It will round out our exceptional entertainment, retail and dining options, making American Dream an unmatched destination for indoor family fun,” Don Ghermezian, CEO of American Dream, said in a statement.

“American Dream is a one-of-a-kind destination and a New Jersey icon, making it the ideal location for our state-of-the-art center. The Entertainment and Learning Center will be one of the ultimate symbols of Jersey pride, where we will be able to celebrate our great state and all the contributions made by its many illustrious residents,” Hall of Fame Chairman and inductee Jon Hanson said.

Visitors will first be greeted by life-sized replicas of NJHOF inductees welcoming them into the ELC, before moving onto the Hometown Exhibit, where they can embark on a virtual reality journey in a classic car with a Hall of Fame inductee, visiting their hometowns, school, home and favorite restaurant.

“We are thrilled to see this project launched and we support the New Jersey Hall of Fame’s mission to honor our great state and its exceptional citizens who have contributed so much to the world,” Robert Garrett, CEO of Hackensack Meridian Health, lead sponsor of the NJHOF, stated.

The new facility will also feature the historic Model T Ford car gifted by Henry Ford to Hall of Fame inductee Thomas Edison in 1933. The two famously embarked on road trips throughout the country in Model Ts, becoming great friends along the way.

Additionally, visitors can also hop on stage on the hologram karaoke stage and sing-along with some of music’s biggest legends, including Gloria Gaynor and Frankie Valli, or play a late-night host and interview some of their favorite stars.