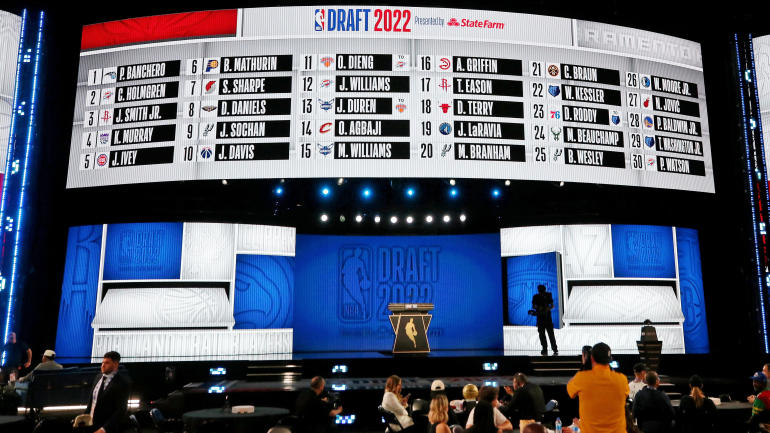 Duke’s final roster under legendary coach Mike Krzyzewski from the 2021-22 season will go down as one of the program’s all-time best in terms of NBA talent after a banner draft night for the Blue Devils on Thursday. Five Duke players heard their names called among the 58 picks, which set a school and ACC record for the two-round era.

Of Duke’s five selections, four went in the first round, including No. 1 overall pick Paolo Banchero. Following Banchero were sophomore center Mark Williams (No. 15), freshman wing AJ Griffin (No. 16), junior wing Wendell Moore Jr. (No. 26) and freshman guard Trevor Keels (No. 42). Collectively, those five helped lead the Blue Devils to a 32-7 mark and Final Four appearance in Krzyzewski’s 42nd and final season as coach.

The Blue Devils were among a handful of college teams who had more than one player selected on Thursday night, but only Duke had more than three taken. Though Krzyzewski has passed the head coaching role on to former Duke star and associate head coach Jon Scheyer, the program appears to merely be reloading on NBA-caliber talent.

With the nation’s No. 1 ranked freshman class arriving to restock the team’s 2022-23 roster, the Blue Devils could be in store for another big draft night in 2023. The program’s 2023 recruiting class is also ranked No. 1, according to the 247Sports team rankings, as it features four of the nation’s top 25 ranked prospects.

Here’s the 2022 NBA Draft broken down by school and conference.