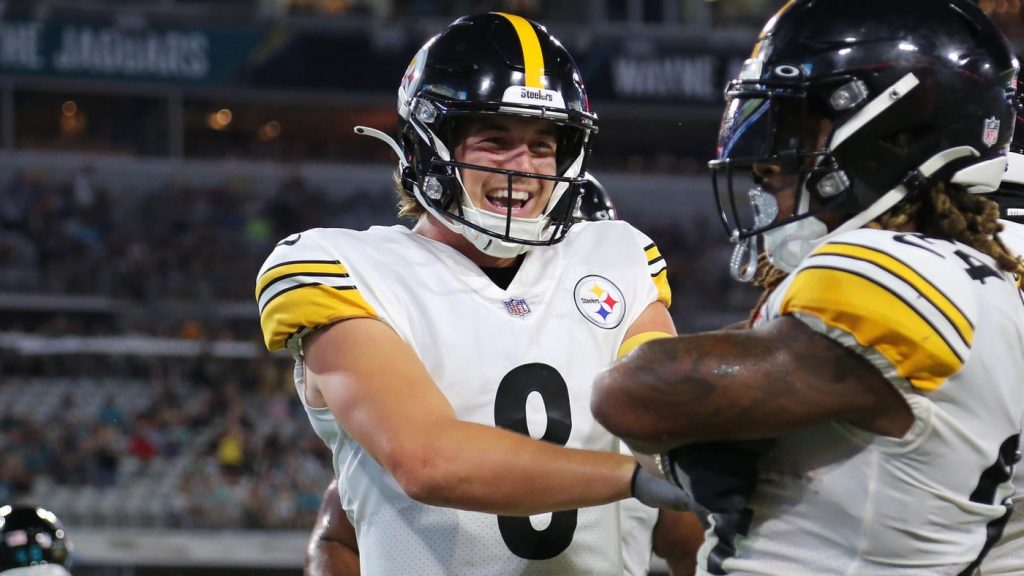 Two weeks of preseason football are all but in the books, which means this year’s rookie quarterbacks are one step closer to making their official debuts. But how did the first-year signal-callers fare in their latest exhibition action? We’re glad you asked. Here’s our ranking of the top five rookie QB performances from Week 2 of the 2022 NFL preseason:

The Colts may not have room for the undrafted Notre Dame product considering Nick Foles and Sam Ehlinger are in tow behind Matt Ryan, but he showed pro-level touch to close the game against the Lions, delivering a perfect downfield touchdown pass to Samson Nacua in the final minute of the fourth quarter.

For the second consecutive week, the seventh-rounder is making the case he belongs on Miami’s roster as a third QB, behind Tua Tagovalioa and Teddy Bridgewater. Even in a close loss, he looked poised in the pocket, standing tall especially for pretty deep strikes. On a team whose other QBs are notorious for being conservative, that’s a nice developmental quality.

With lots of electricity and little throwing consistency, Willis posted a very Trey Lance-esque stat line against the Buccaneers, but look where Lance is now: starting at QB for an NFC title contender. In truth, Willis’ preseason was always just about confirming the physical gifts that warranted his Day Two selection in Tennessee. He must grow as a rhythm passer to claim and retain a top job, but his effortless scrambling and arm-angle adjustments are apparent.

The Falcons’ third-rounder put together his second promising preseason outing in as many games Monday night against the Jets. He threw just three incompletions while leading Atlanta to a pair of field goals during his three series, and those drives could have easily resulted in more points if not for penalties. Ridder is not in position to supplant Marcus Mariota as the Week 1 starter, but if the former Titans and Raiders signal-caller struggles early on, the Cincinnati Bearcats product seems like he’ll be prepared if his number is called.

K-Dawg picked a good time to show some of his best stuff, considering he’s the only QB here in position to actually win a starting job. His work was very limited against the Jaguars (eight snaps), but he was decisive in an up-tempo scoring drive that had Mike Tomlin happy post-game. Better yet, he stood tall in frenetic pockets, suggesting he can withstand Pittsburgh’s transitioning O-line just as well as, if not better than, his chief competition for the job: Mitchell Trubisky.