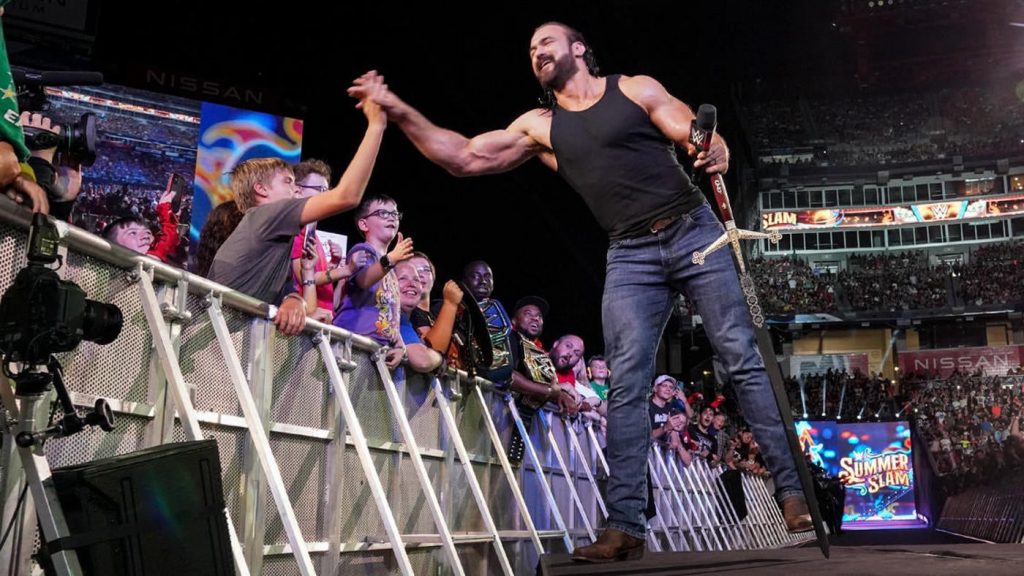 After 30 years, WWE is finally bringing a major stadium event back to the United Kingdom. Clash at the Castle goes down on Sept. 3 from Millennium Stadium in Cardiff, Wales.

In the main event, undisputed WWE champion Roman Reigns will put his titles on the line in front of the U.K.’s own Drew McIntyre. It’s an epic clash that puts Reigns’ more than 700-day title reign at high risk of coming to an end. The SmackDown women’s title is also set to be defended as Liv Morgan will take on a fresh challenger in Shayna Baszler.

The build to the show has started but the full card is far from finalized. With that in mind, let’s take a look at what we know — and what we expect — at WWE Clash at the Castle.

WWE Clash at the Castle matches

Undisputed WWE Universal Championship — Roman Reigns (c) vs. Drew McIntyre: Ahead of SummerSlam, McIntyre defeated Sheamus to become No. 1 contender to the undisputed title. Reigns then defeated Brock Lesnar in a wild Last Man Standing match at SummerSlam to retain his titles, setting up the match with McIntyre. McIntyre will clearly have the hometown crowd behind him but ending the title run of Reigns has proven near impossible.

SmackDown Women’s Championship — Liv Morgan (c) vs. Shayna Baszler: Morgan successfully — and controversially — defended her title by pinning Ronda Rousey at SummerSlam. Of course, Morgan was tapping out to an armbar, which the referee didn’t see as he counted Rousey’s shoulders down. Now, Morgan will try to make a more emphatic statement against another former MMA star in Baszler, who earned her title shot by winning a gauntlet match against six other women on SmackDown.

Bianca Belair, Asuka & Alexa Bliss vs. Bayley, Iyo Sky & Dakota Kai: After Belair defeated Becky Lynch at SummerSlam to retain the Raw women’s title, things got wild. First, Bayley returned from a lengthy injury layoff. Then, Sky and Kai made their way to the ring to join her. The new group immediately changed the landscape of the division and they set their sights on Belair and Lynch. Unfortunately, Lynch suffered a legitimate shoulder injury that put her on the sidelines, leaving it to Asuka and Bliss to join up with the champ to take on Bayley’s crew.

WWE Clash at the Castle predictions

The Miz vs. AJ Styles: Miz and Styles seem to keep falling into each other’s orbit. After several confrontations, the two men met in a no disqualification match on Raw, which Styles won. It seems unlikely the entire situation would end with a simple television match. Instead, look for the two to battle in Wales.

Seth Rollins vs. Riddle: This match was supposed to take place at SummerSlam but was pulled at the last minute with Rollins taking out Riddle with a series of stomps. Riddle is set to return to Raw and Rollins is still bringing up his name. That seems like the recipe to finally see these two meet in a major event.

Finn Balor vs. Edge: Balor, Damian Priest and Rhea Ripley violently turned on Edge, kicking him out of The Judgement Day in brutal fashion. Edge has since made his return, attacking Judgement Day multiple times. It only makes sense for Balor and Edge to finally meet in an actual match.