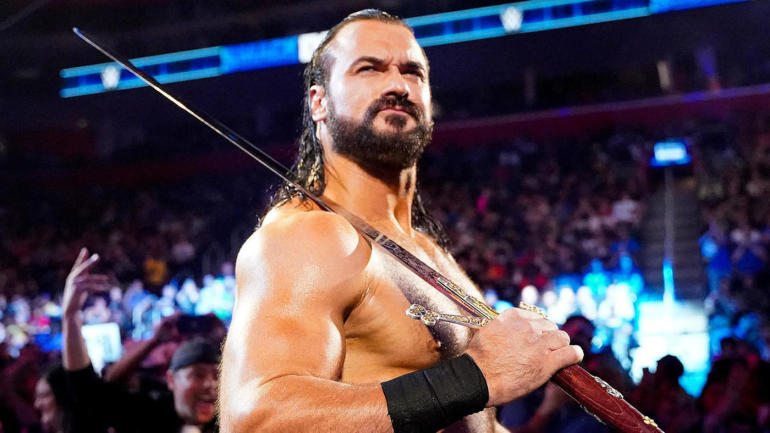 In 1992, WWE held SummerSlam at Wembley Stadium in London. That was the last time the WWE held a stadium show in the United Kingdom. That changes on Saturday when WWE holds Clash at the Castle at Principality Stadium in Cardiff Wales.

One of the UK’s own will gun for the biggest win of his career in the main event as Drew McIntyre challenges Roman Reigns for the undisputed WWE universal championship. Reigns has been world champion for more than two years, having won the universal championship at Payback in 2020 and then unified with the WWE championship after beating Brock Lesnar at WrestleMania in April.

Plus, both the SmackDown women’s title and intercontinental championship will also be on the line.

Elsewhere, Riddle and Seth Rollins look to settle the score in their growing beef. The two have traded barbs and assaults on one another for months and seem to continue to escalate. The cut a promo earlier this week similar to that of UFC legends Jon Jones and Daniel Cormier where they were interviewed in separate rooms and screaming at each other.

There are several other big matches set for the card, including Bayley, IYO SKY and Dakota Kai taking on Bianca Belair, Asuka and Alexa Bliss in six-woman tag team action.

Watch 2022 WWE Clash at the Castle