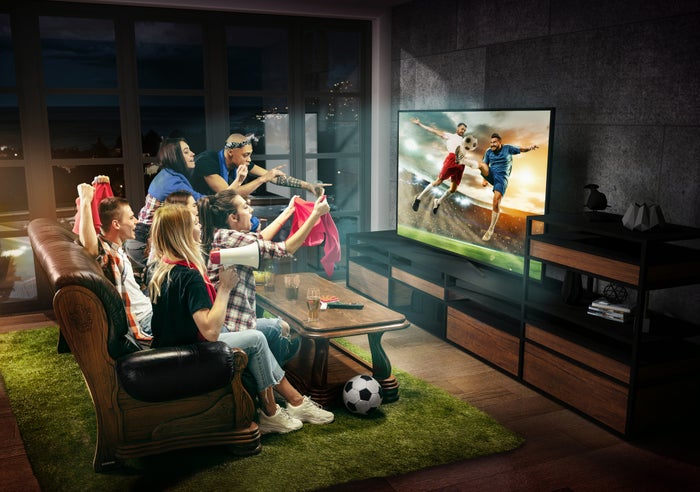 It’s fair to say that entertainment will never go out of style. We all seek an escape, giving us the chance to disconnect from the daily grind. Whether it’s watching your favorite show at the end of a long day, catching some live entertainment, or just taking off for a few days on what is essentially a floating amusement park, we all want to get away now and then.

Roku (ROKU 3.76%), Walt Disney (DIS -0.01%), and Carnival (CCL 1.63%) are three entertainment stocks that could be making waves this month. Let’s see why all three escape artists could be on the move in September.

Sometimes reality doesn’t line up with a stock chart. Roku is trading 87% below the all-time high it hit last summer. Despite the brutal drop over the past 14 months, Roku’s popularity has never been better. It had a record 63.1 million active accounts at the end of June. The streaming video hub continues to grow, and engagement isn’t suffering even in a world begging for us to head out of the home more often. Roku’s user base has climbed 14% over the past year, but the number of content hours that the platform is serving is up 19% in that time.

There are some concerns that Roku will be particularly vulnerable in a recession. As a free-to-use streaming operating system, the platform is at the mercy of the ups and downs of ad revenue. Still, it should hold up better than other ad-supported business models.

For starters, an economic downturn is going to find us spending more time at home. The volume of ad-serving opportunities will climb for Roku. Marketers will pare back how much they’re willing to pay for leads in recessionary environment, but Roku should also be the beneficiary of a price war among streaming services. Hungry for market share, we’re seeing an arms race in the cutthroat world of premium streaming services. They’re going to have to pay to stand out, and engaged Roku viewers are the audience they need to get in front of.

There’s never a dull moment at the House of Mouse, but this week is pretty big for Disney. Thursday is Disney+ Day, the annual holiday that the fast-growing premium streaming service launched last year to celebrate its fast-growing premium platform. There are already 152.1 million subscribers worldwide, and we’re still two months away from the service turning three years old.

Disney+ Day will be filled with the arrival of movies and new shows to the platform. Remember when Thor: Love and Thunder hit the local multiplex three months ago? The Marvel blockbuster is now on Disney+. The live-action Pinocchio starring Tom Hanks is also premiering on the service. With Disney+ raising its prices in December (bucking the trend of its rivals going the other way), it’s important for the media bellwether to make some noise.

Over the weekend we head to the Anaheim Convention Center for the D23 Expo, a three-day event where Disney will have panels and presentations to show off what it’s been working on across its thriving studio, theme parks, and other entertainment endeavors. The peak summer travel season for its theme parks has come and gone, but September is going to be anything but sleepy.

You might not see cruise ships as part of the entertainment-stock universe, but didn’t Disney just add a fifth cruise ship to its fleet this summer? Carnival is the world’s largest cruise-line operator, and folks are certainly boarding one of its massive ships to be entertained. With the shows, casinos, and shore excursions, there’s more to the industry than just cramped cabins and endless dining options. One of Carnival’s newest ships even has a roller coaster.

Carnival will be making waves in September because it will report quarterly results later this month. With COVID-19 restrictions easing and bookings on the rise, the cruise industry is making its long overdue comeback. Analysts see nearly $5 billion in revenue for Carnival’s fiscal quarter, which ended in August, a nearly sevenfold increase from where it was a year ago, when it was working with a much smaller fleet.

It should be a potent report. Some of the more optimistic analysts even expect a quarterly profit out of Carnival, something that we haven’t seen in nearly three years. The stock is surprisingly in the single digits now. The seas don’t appear to be as rough as Carnival’s stock chart, but that also makes a bon voyage that much more possible with today’s low tide of market sentiment.