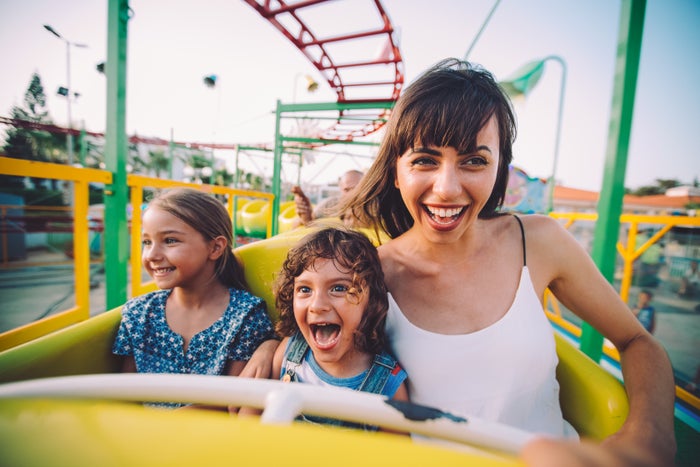 Investors are always balancing risk and reward, but emotion can bedevil even the best-laid plans, which is why anyone who owns AMC Entertainment (AMC -9.11%) stock today needs to step back and question why. Indeed, there are a host of reasons why you shouldn’t. Here are a few to test your investment thesis.

Volatility is hard to deal with for most investors. It leads to emotional duress and, ultimately, bad decision-making. Shares of AMC Entertainment, one of the world’s largest movie theater operators, rose around 800% in a virtually vertical climb in early 2021 only to plunge shortly thereafter. Then, in late 2021, the stock rose sharply again, taking the year-to-date gain to over 2,500%!

Since that point, the stock has been in a lengthy downtrend, with gut-wrenching up and down moves along the way. The shares are now off over 80% from their peak. This is a level of volatility that few investors could stomach without some impact on their emotional well-being.

What exactly is going on? The answer is pretty simple: Message board denizens have (for various reasons) decided that AMC is a fun stock to talk about and trade. In market terminology, it’s a meme stock. The problem is that meme stocks move in dramatic and unpredictable ways. This is because the message board folks aren’t basing their decisions on fundamentals, but on whims and rumors.

And that means there’s no way to predict which way the AMC winds will blow next. If you prize fact over fiction, you’ll probably want to avoid all meme stocks.

The interesting thing is that AMC’s business is doing pretty poorly, and that’s been the case since the coronavirus pandemic first reared its ugly head in 2020. That’s not shocking, given that social distancing is hard to do in a movie theater.

But even in the most recent quarter, long after the most strict government guidelines had faded, the company lost $0.20 per share. While that was an improvement over the year-ago loss of $0.71, it’s still a loss.

Nevertheless, the stock is now up over 350% since the start of 2020, even though the business is hardly doing well. Investors should find these juxtaposed facts concerning.

Meanwhile, AMC’s closest public rival, Cineworld Group, recently filed for bankruptcy. Essentially, the terrible industry dynamics were too much for the company to handle.

That’s not to suggest that AMC can’t withstand the gale-force winds it is facing, but based on its earnings, well, it isn’t exactly thriving. Thus, Cineworld’s choice to seek out bankruptcy court protections should probably cause alarm to AMC shareholders because of the broader statement it makes about the movie theater business.

AMC management, meanwhile, has been making some interesting decisions lately. Early in the meme stock trend, it sold huge amounts of stock. That was probably a good move and one that likely saved it from potential bankruptcy.

However, it tried to go back to that well and investors rejected the idea of even more dilution. In the face of that defeat, management decided to spin off preferred stock, which trades under the ticker (APE -9.26%), to shareholders. Yet, that move is likely about selling more of the preferred stock on the open market.

Then there’s the March 2022 investment in gold miner Hycroft Mining (HYMC -10.76%). What exactly does gold mining have to do with movies? If you can’t figure that one out, that’s yet another reason to avoid an AMC position.

It would be hard to argue with someone who suggests that management is, perhaps, thinking about something other than shareholders right now. That’s not the type of company in which most investors should want to place their trust.

Movies aren’t likely to go away, but the industry is different today than it was just a few short years ago. AMC’s stock, meanwhile, has been gyrating wildly on little more than emotion as the company struggles and makes questionable business decisions.

AMC looks more like a gamble than an investment right now, which is fine if that’s what you want. However, most long-term investors probably aren’t looking for a casino-like rush when they buy a stock. Even the most aggressive investors out there should think twice about AMC Entertainment.