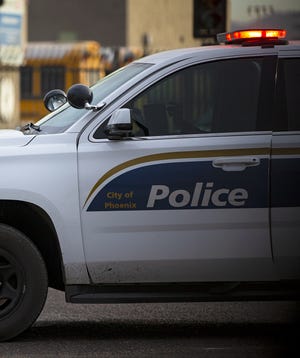 Multiple shooting victims were taken to hospitals following an incident at a business in north Phoenix, police said Saturday morning.

There have been six male victims accounted for, some with life-threatening injuries, according to police. Their identities are still being determined. Officers were dispatched to a shooting call at a business in the area of North 19th Avenue and West Indian School Road and found several people suffering from gunshot wounds, according to police. Firefighters took a number of victims to hospitals as authorities learned that others had been driven to hospitals before officers were on the scene, police said.

“This investigation is still in the very early stages, and it is not clear if the suspects involved in the shooting are among the victims being treated at the hospital or if they left prior to police arrival,” a police statement read.

Police did not disclose at which business the shooting took place or the approximate time of the incident.