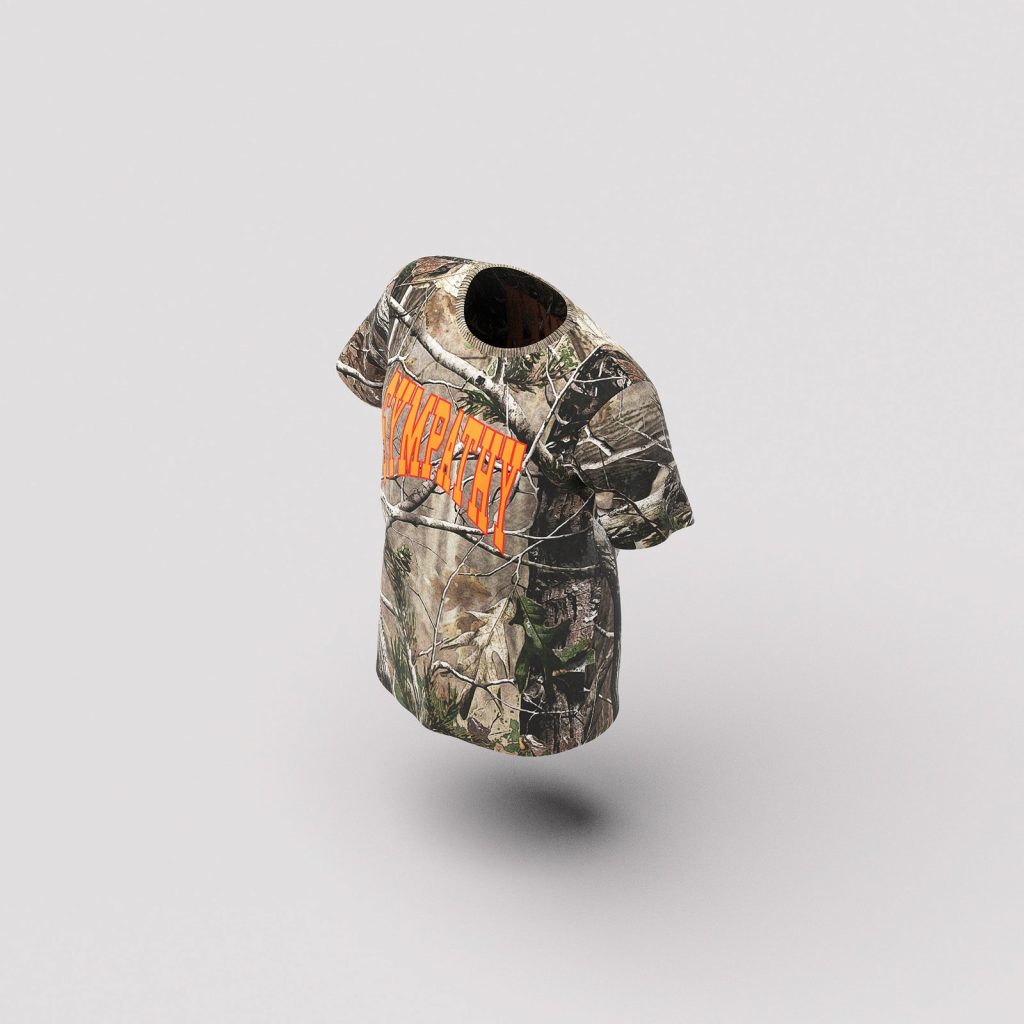 It wouldn’t be a Drake album release without some corresponding merch.

And like NSFW clockwork, just days after the surprise-release of his new 14-track dance album, we’ve got T-shirts trickling down the pipeline.

To commemorate his Honestly, Nevermind era, noted sympath Drake started things out with a very on-trend Realtree camo “Sympathy” tee, rendered in an orange collegiate font reminiscent of his Summer Sixteen “Revenge” merch of six years ago. (2016, otherwise known as the year that merch lived, thrived, and died—if we only knew then what we know now!) Sure enough, the back of the camo tee says “Summer 22,” a season that will now almost definitely see Drake’s house beats battling out Beyoncé’s for precious club DJ real estate.

The camo shirts went up for presale on his official merch store, Drake Related, not long after Drizzy posted a slew of his photos of himself and friends wearing them over the weekend. Priced at $45, the tees have already sold out. (Keep a lookout for them on resale sites.)

In what might be a preview of merch to come, Drake also posted additional tees on his Instagram stories that feature the cover art from his past albums Take Care and More Life overlaid with scrawled text lifted from a painting by British artist Richie Culver that reads, “HUGE FAN OF YOUR OLD STUFF.” (Culver later reposted an article from The Source about the tees, perhaps suggesting he indeed gave Champagne Papi his blessing to use the imagery.) The back of the shirt—or maybe it’s a different shirt entirely—says, “If you’re reading this, honestly, nevermind,” written in their respective Drizzy album fonts.

Tapping artists to create imagery around his albums is a common move in Drake’s playbook—Kadir Nelson painted the artwork for Nothing Was the Same, and Damien Hirst created Certified Lover Boy’s intentionally memeable cover featuring twelve pregnant-woman emojis—though he doesn’t always release merch solo. For his drawn-out Certified Lover Boy album cycle, Drake dropped gear within his own Nike sublabel Nocta and continued to give big ups to the brand throughout the release, even filming the video for the EP’s first single “Laugh Now, Cry Later” inside of the sports megabrand’s headquarters in Beaverton, Oregon. For now, he’s keeping any additional Nocta x H, N merch on ice.