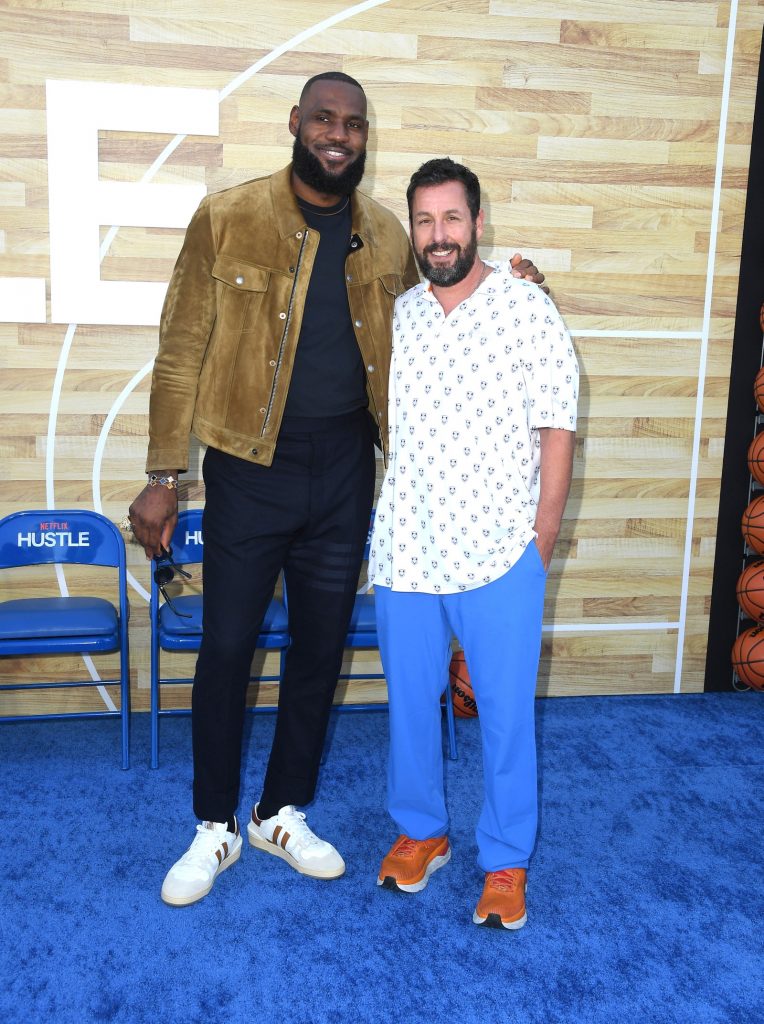 It’s tough to pinpoint when, exactly, Adam Sandler—who, according to Google’s Year in Search report, was 2021’s most searched name in the “celebrity fashion” category—became a style icon. It’s not that his wardrobe has changed much over the last couple decades (it hasn’t), or only because at some point 2000s schlub became 2020s drip (it has). No, it’s that, through it all, the Sandman—who also, crucially, starred as the most stylish character in the most stylish movie of 2019—has never stopped dressing like himself.

Sandler’s currently on the promo circuit for Hustle, his latest Netflix movie (his company, Happy Madison Productions, has had an ongoing multi-movie deal with the streamer since 2014), in which he plays a fictional Philadelphia 76ers scout. Yesterday, when he was spotted walking around the Jimmy Kimmel Live! lot wearing a branded Hustle trucker cap and carrying a rumpled armful of clothing, he may have inadvertently given us a glimpse into his red carpet wardrobe to come—and let’s just say, it will probably involve a lot of blue and orange. Any fictional allegiance to the Sixers aside, Brooklyn-born Sandler is a Knicks guy.

He wore a collection of those aforementioned garments to that evening’s Hustle premiere in Los Angeles, including a pair of neon orange Hokas, loose-fit pool-blue trousers, and a printed polo from Wailea Golf Club, which is located on the Hawaiian island of Maui. (In classic Sandler fashion, he also wore another Wailea polo to another Netflix event a few weeks ago. Our man is on island time.)

Suffice to say, Sandler is still all Sandler, all the time: “He’s like a cozy boy,” Uncut Gems costume designer Miyako Bellizzi told GQ in 2019. “His personal style is amazing. He wears basketball shorts and Jordans every day, no matter the weather. If he’s not comfortable, then he’s not going to wear it.”