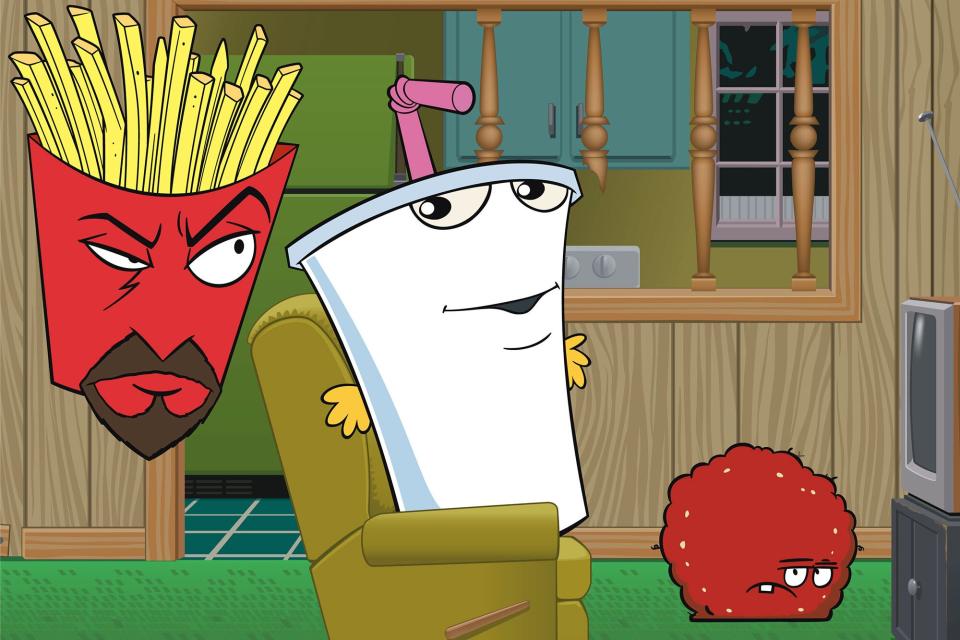 The network announced on Wednesday that it had ordered five new episodes of the animated series that follows the warped adventures of talking fast food items/roommates Frylock, Master Shake, and Meatwad, as well as their distasteful human neighbor, Carl.

Original creators and cast members Dave Willis and Matt Maiellaro will oversee season 12 of the series, which reassembles the main voice cast. The show’s second movie, Aqua Teen Forever: Plantasm — which was released on demand, 4K Ultra HD, and Blu-ray back in November — will be available to stream on HBO Max starting Feb. 8 and can also be viewed on Adult Swim at midnight on March 12.

“We are thrilled to be making more Aqua Teen Hunger Force episodes for a new generation of fans, building upon the most impressive collection of IP ever assembled,” Willis and Maiellaro said in a statement. “Success is optimal and leads to quality.”

A spin-off of Space Ghost Coast to Coast, Aqua Teen Hunger Force launched in 2000 and unleashed 139 gleefully deranged episodes over 11 seasons before being canceled by Adult Swim in 2015. The series was once the longest-running series on Adult Swim, before Robot Chicken (which launched in 2005 and is still on the air) surpassed it.

The doors had been left open for a revival both by the creators and Adult Swim. Last year, months before the movie was released, Adult Swim’s YouTube channel released a series of Aqua Teen Hunger Force spin-off shorts that were titled Aquadonk Side Pieces. (Later in the show’s run, the creators would tweak the name of the series each season while keeping the premise intact.)

Phineas and Ferb, Powerpuff Girls, and Foster’s Home for Imaginary Friends are other animated shows in the process of revival.