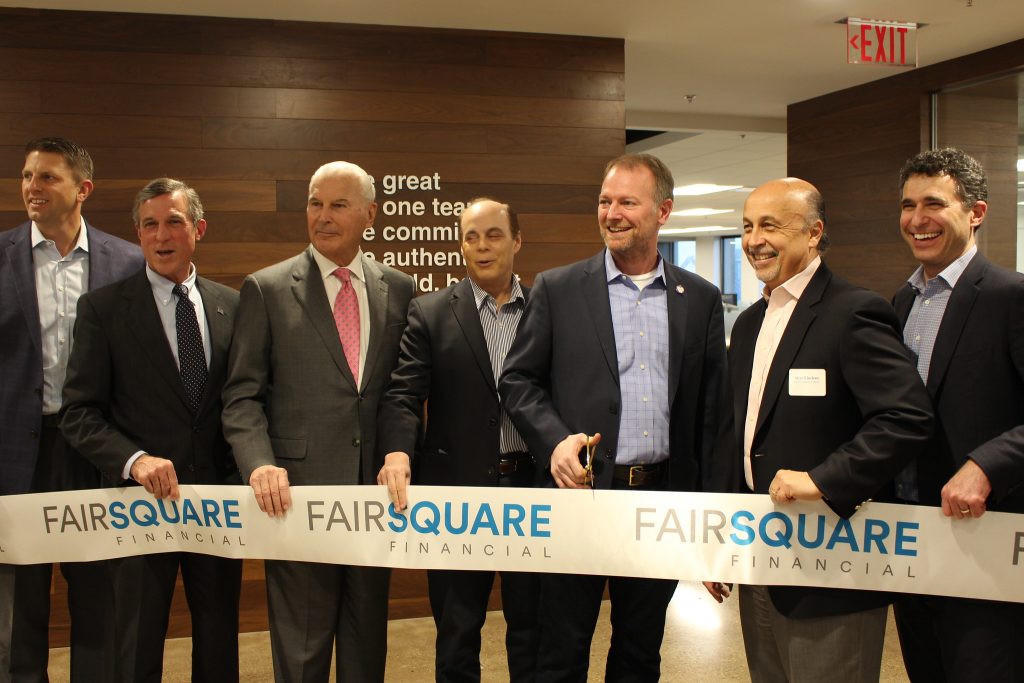 Fair Square Financial, seen here at their 2019 ribbon cutting in Wilmington, has been acquired by lending giant Ally and is now planning an expansion project. | PHOTO COURTESY OF GOVERNOR’S OFFICE

WILMINGTON – Fresh off of its acquisition of fintech startup Fair Square Financial, the auto lending giant Ally is now planning an expansion in Wilmington that will add up to 150 highly paid positions.

Founded six years ago by a handful of banking veterans from Bank of America, JPMorgan Chase, Capital One, Citigroup and elsewhere, Fair Square launched its sub- and near-prime credit card Ollo in 2017. 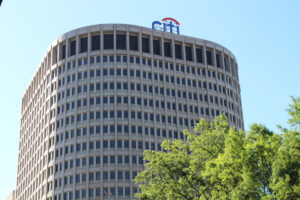 Ally, the new owner of Fair Square Financial, is planning a $500,000 expansion at the Brandywine Building in Wilmington. | DBT PHOTO BY JACOB OWENS

In December, Detroit-based Ally acquired Fair Square for $750 million and has since been considering how to further grow the business.

While Ally would have options to potentially move the credit operations – it has a number of offices spread across the country – the company has chosen to invest in an expansion of Fair Square in Wilmington. It will invest $520,000 to outfit a further 7,000 square feet of its Brandywine Building offices and increase employment by up to 200% over the next few years. The average salary for the new positions would be $170,000 and include analysts, managers and directors, according to Habgood.

“Ally has the ability to significantly accelerate the growth of our credit card business to support this higher growth opportunity,” Habgood said. “We originally chose Wilmington to start a business because it provided access to a deep reservoir of credit card talent.”

In supporting that expansion, the state’s investment board, the Council on Development Finance, unanimously approved Monday a $20,000 capital grant and a $2.64 million job performance grant to create the new jobs over the next three years. Ally currently employs 75 people in Delaware and a handful more out of state.

While the council members questioned whether any of the roles could eventually be turned remote and moved out of state, state officials assured them that grant terms require the created roles to file Delaware income taxes. They also noted that Fair Square more than fulfilled the terms of its first grant.

Habgood explained that Fair Square employees are currently working a hybrid schedule after the pandemic, but in-person communication remains a valued part of their culture.

“Our goal is to get as many people as possible and we as a business have been successful because of the integrated nature of getting all people together and working through the problems,” he said.

Ollo – a name with no specific meaning but chosen for its easy-to-pronounce name – offers two different cards, one with no annual fee and one with unlimited cash back on purchases. It worked with Wilmington-based design firm Bounteous on the products, adding to its local commitment.

Like other near- or subprime credit lenders, Fair Square goes beyond traditional credit report metrics to identify good customers, including reviewing length of residencies, long-term credit history and other data to determine if they would reliably repay debts. To date, Fair Square has about 1 million customers holding loans worth about $1 billion.

In 2020, it successfully securitized $300 million in credit card debts, with favorable ratings from credit rating agencies, showing that its modeling had produced reliable clients.