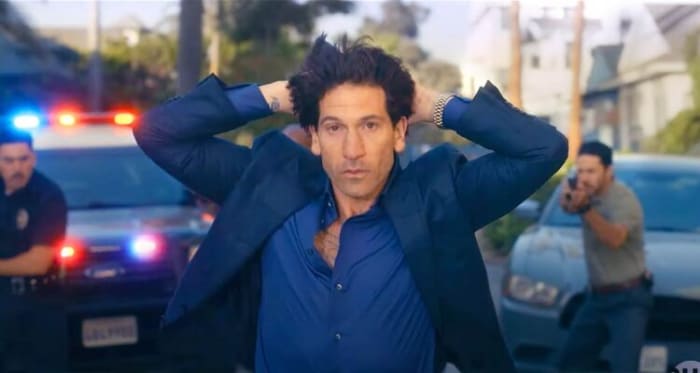 American Gigolo is the latest TV series to be adapted from a classic film. Jon Bernthal stars as a man who works as a male escort in the Los Angeles area and has just been released from a 15-year prison sentence. While working as a gigolo, he must also try to uncover secrets from the past to clear his name.

Where can I watch American Gigolo series?

How many episodes of American Gigolo are there?

Who is in the American Gigolo cast?

Bernthal told GQ he didn’t necessarily think he was right for the role of escort Julian Kaye. “I do not believe that I possess any kind of natural sex appeal,” Bernthal told the magazine, likely leading to defiant cries across the world. “I’ve always looked at myself as this weird-looking guy.”

Mol, who plays Julian’s ex Michelle Stratton, explained the appeal of Julian Kaye as a character in an interview with The New York Daily News.

“The purity in how Julian Kaye, as a gigolo, is that he 100% is there with each client and isn’t lying to them. He finds something to love about each one of them,” she said. “But at the same time, because it’s a paid gig, it is transactional, but there can be purity in the transaction. If everybody knows what it is, I think there’s purity in it.”

O’Donnell was excited to work with showrunner David Hollander on American Gigolo, but he was fired somewhat abruptly during the series’ filming, reportedly following a misconduct investigation.

“The reason a lot of us did the show was really to work with him. Then this happened sort of out of the blue,” O’Donnell told The Hollywood Reporter. “We were told one day that David was let go, and they didn’t really explain why. We just [had] a new team come in, and we had a couple [of] weeks off while they tried to figure out what to do, and then we went back and finished it.”

Brocheré stars as the heiress to the prostitution ring to which Julian Kaye belongs.

Wayne Brady stars as Julian Kaye’s best friend, Lorenzo. He admitted that nudity is a huge part of the show, explaining to Entertainment Tonight, “The scenes that I am in are not steamy at all, because I play Jon’s best friend, and so, I help move the story along, but I will say that there are a couple poolside scenes where, well, folks are just naked so if you don’t like folks being naked, don’t watch American Gigolo. But something tells me if you’re watching American Gigolo, you should not be averse to a little bit of nudity.”

Is American Gigolo on Amazon Prime?

American Gigolo is available through Showtime. Amazon Prime users can subscribe to Showtime through Prime Video Channels. The subscription costs $10.99 a month, although new users get a free week to start.

Is American Gigolo on HBO Max?

American Gigolo will not be available on HBO Max. It airs on Showtime, which users can watch on cable TV or through the channel’s app. Users can also watch Showtime through various other apps, such as Amazon Prime, Hulu, and Roku.

Is there an American Gigolo trailer?

Showtime released a trailer for American Gigolo on July 14, 2022. Set to a remix of Blondie‘s “Call Me,” the trailer previews the remake of the 1980 movie of the same name. Bernthal stars as Julian Kaye, a man working in the sex industry while also trying to uncover a mystery from his past. The trailer shows Julian being freed from prison and getting back to work—as well as flashing back to his childhood.

When did American Gigolo come out?

The original American Gigolo movie was released to theaters on Feb. 1, 1980. The new show, a modern-day retelling of the same story, debuted on Showtime on Sept. 9, 2022, for on-demand and streaming customers. It will premiere on Showtime’s linear cable channel Sunday, Sept. 11, 2022.

What was the movie American Gigolo about?

The original film tells the story of Julian Kaye, a male escort who services a wealthy woman who is later murdered. When he becomes the prime suspect in the killing, despite having an alibi. He eventually uncovers a plot to frame him for the murder and must work to clear his name.

Next, can’t get enough steamy TV? Check out the 25 sexiest love scenes from Game of Thrones.