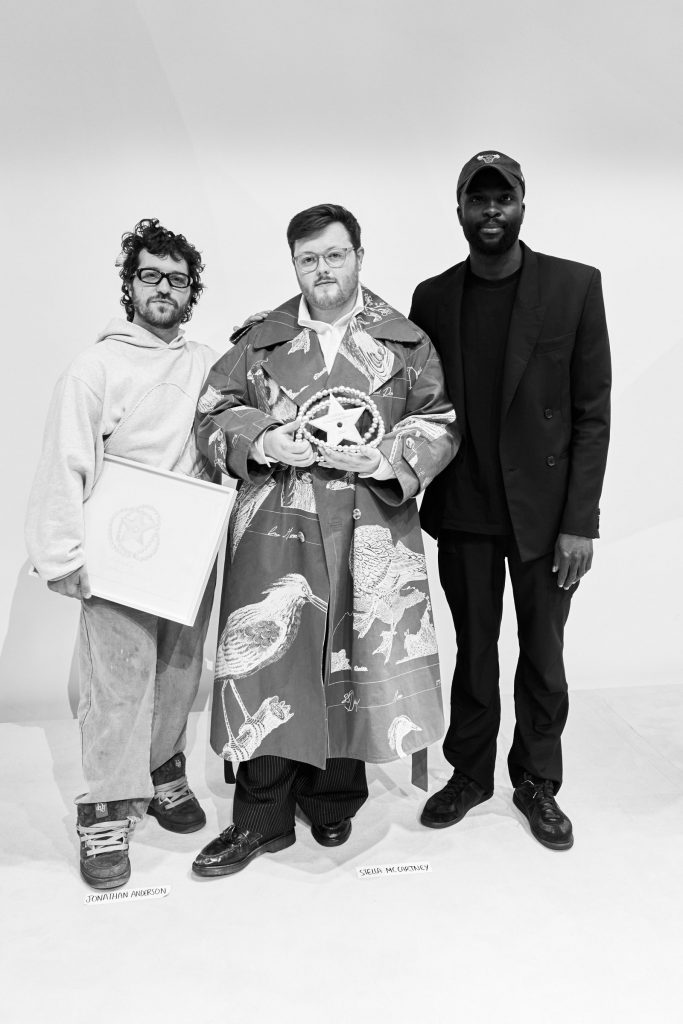 The LVMH Prize, which is basically the biggest award a young designer can win, is pretty good at spotting the next big things in fashion. Marine Serre, who won in 2017, is leading the industry’s turn toward regenerative fashion. Simon Porte Jacquemus, class of 2015, has set the bar for buzzy celebrity dressing and viral runway moments to new heights. 2016 winner Grace Wales Bonner’s Adidas sneaker collabs are on the feet of just about every downtown creative in every city on earth.

This year’s winners were announced this morning. And in yet another sign that some of the most interesting ideas in fashion are coming from menswear, the jury—designers Kim Jones, Stella McCartney, Nigo, Jonathan Anderson, and Silvia Venturini Fendi, among others—cast their votes for a trio whose menswear roots run deep.

In a Zoom interview after the awards were announced, Linnetz and Balogun were still processing the fact that they’re now, essentially, the torch-bearers for emerging American men’s fashion. “At least for the next year!” Linnetz said. Balogun added: “We didn’t even realize till somebody else said it. It’s beautiful, because we both have very dynamic things to say, Eli from Venice Beach and me from my background of Nigerian heritage through London to New York.”

Of all the designers nominated for the prize, Linnetz might have the most established brand, in terms of pop cultural awareness. He pulled off one of the most memorable moments of last year’s Met Gala by dressing A$AP Rocky in a prom tuxedo and massive quilt cape, and last month guest-designed Dior’s sunscreen-soaked Spring 23 collection with Kim Jones. Winnie New York, by contrast, is still fairly niche. As of this morning, Winnie has just shy of 9,000 Instagram followers, and Balogun is more a deep researcher and patternmaking perfectionist than pop cultural savant. Balogun—a Burberry and Tom Ford alum—specializes in quiet luxury: blazers finished with painstaking hand details learned at his first Savile Row job, which he landed at age of 14.