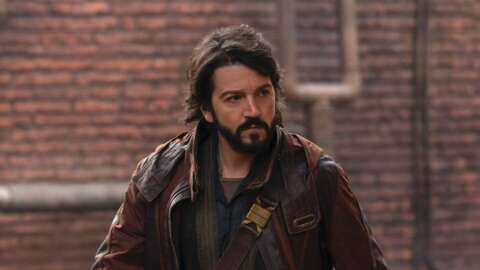 Disney’s Andor series is like Better Call Saul in one crucial way: we know exactly where that character ends up, and that casts a shadow over the whole series, telling us how long it can go and where the story is leading us. Andor is heading toward Rogue One and Cassian Andor’s decision to give it all for the Rebellion, but there’s still more to do, including heading to an iconic Star Wars location, creator Tony Gilroy told Collider.

Gilroy said that for Andor Season 2, he’s bringing back Beau Willimon and brother Dan Gilroy as writers, and that they’ll be joined by Tom Bissell (Lead writer on Gears of War 4 and Gears of War 5) as well.

“Tom Bissell is really cool and a really, really interesting, versatile, really good writer,” Gilroy said before revealing where Andor will head next. “[He’s] also a very, very, very big Star Wars fan, which we really wanted to make sure we had another pro because we’re going into Rogue [One], and we’re going to Yavin, and then we’re going into places that we eventually need to really weave our way back to the source. So Tom came in and he’s been great; so he’s got some episodes, too.”

By Yavin, we can most likely assume that Gilroy is talking about Yavin IV, the jungle moon of Yavin Prime, which served as a major base for the Rebel Alliance up through the end of Star Wars Episode IV: A New Hope. This is where Luke took off from to join the Battle of Yavin at the Death Star. With Luke’s help, the Rebels destroyed the Death Star and saved Yavin IV. The heroes got their medals (except Chewie), and then it was off to the ice planet Hoth to establish a newer, colder headquarters. Yavin IV also showed up in 2016’s Rogue One, the direct prequel to A New Hope. Going to Yavin IV will link Andor himself yet more deeply to the Rebellion, while also doing what Star Wars likes to do post Revenge of the Sith–go back to the places where all the cool stuff happened or is about to happen.

We don’t yet know when Andor Season 2 will premiere, but this will give us something to chew on until then.