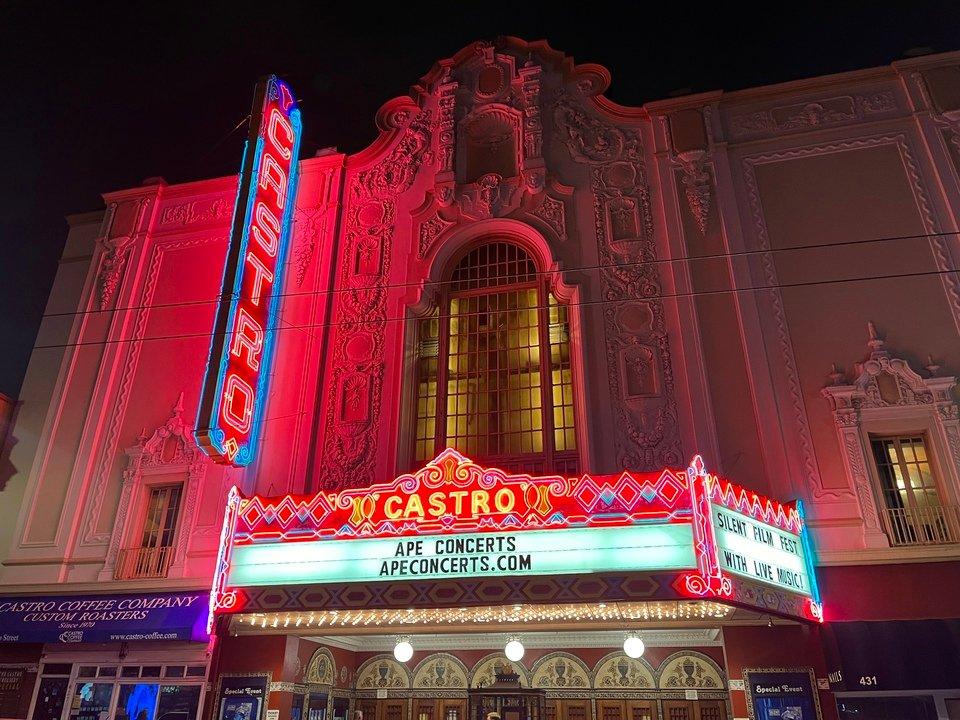 Last week at the monthly virtual Castro Merchants membership meeting the group announced that it has declined to sign a letter in support of Another Planet Entertainment’s (APE) proposed changes to the 100-year-old Castro Theatre.

Castro Merchants president Dave Karraker shared that, ahead of the meeting, the executive board voted unanimously 5-0 to not sign the letter prepared by APE. Karraker was absent from the vote.

Earlier this year it was announced that Another Planet Entertainment would be taking over the programming and overhauling the theater, while ownership remains with the Nasser family and Bay Properties Inc.

However, last week, District 8 Supervisor Rafael Mandelman requested that the HPC consider the expansion of the landmark designation for the theater, which would include the existing, orchestra-style seating, take place separately. The HPC meeting will now take place on December 7. All other HPC and Planning approval items have been moved to March 15 and 16, 2023, respectively.

Hoodline obtained the unedited letter of support that APE wanted the merchants’ group to sign, and it reads, in part:

One of many businesses on the street that has endured through these challenges, the landmark Castro Theatre, just recently marked its 100-year anniversary. Thanks to its new partnership with Another Planet Entertainment, the Castro Theatre looks well on its way to enjoying another hundred years of business. The Theatre, when an active and vibrant venue, serves as an anchor tenant in the neighborhood, consistently filling local bars, stores, and restaurants with its patrons. If the Castro Theatre were to shutter or turned into condos or a gym, it would have a potentially devastating effect on the neighborhood. It’s critically important that an entertainment venue of this size survive in the Castro and be able to program a wide variety of entertainment to meet the needs of the diverse community it serves…

This project will have a direct, immediate, and exponential impact on the local economy, and in the longer term, it will help fill vacant storefronts with new small businesses, increase foot traffic in the District and subsequently support public safety.

APE also committed to a list of promises in support of local merchants including utilizing Castro businesses for everything from catering services to office supplies. APE would also maintain a preferred-vendor list of Castro businesses “for theatre maintenance, ie: painting, electrical, janitorial, as well as hospitality. Preferred vendors will be available to bid on work across the APE theater network, including outside the Castro.”

“As part of our conversations with APE to get written commitments related to merchant benefits and business interruption mitigation, APE asked Castro Merchants to sign a letter of endorsement,” Karraker told Hoodline. “The Board voted not to sign the letter because we still had questions about several other aspects of APE’s management of the theater, in particular LGBTQ programming, impact on the neighborhood (ie: traffic/parking), and general operational interests, such as scheduling and ticket costs.”

“We have had very cooperative discussions with APE and hope we can get additional written commitments for our merchant members to consider soon,” added Karraker. 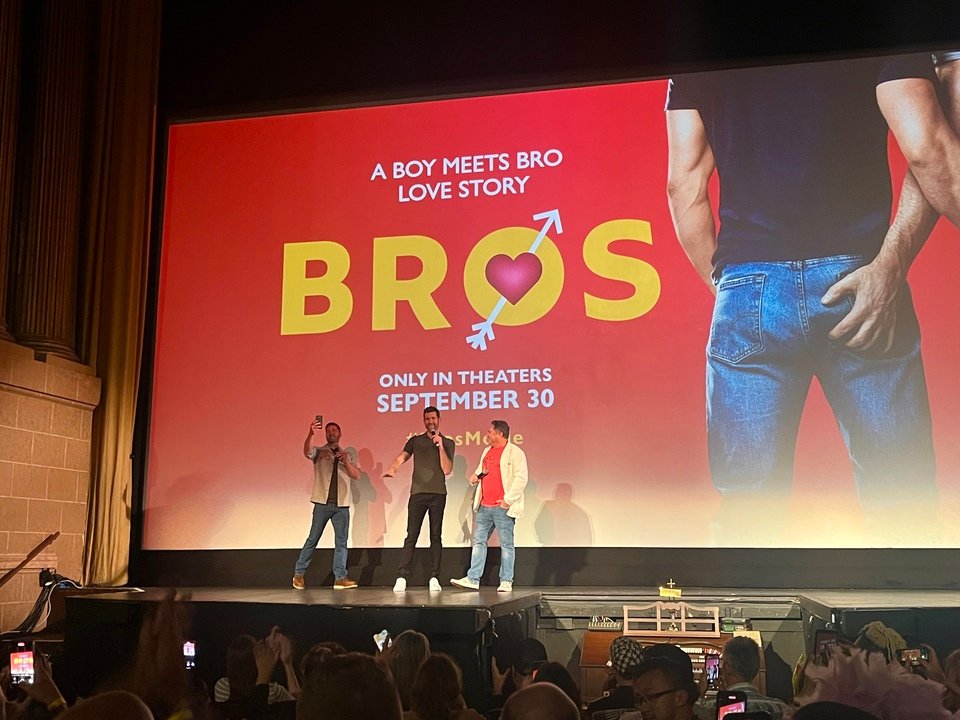 Proposed renovations include removing the orchestra-level seats and replacing them with four tiered sections of platforms with removable seats; removing the lobby-area concession stand; expanding the women’s restroom; improving the ventilation and electrical systems; adding a ground-floor dressing room; and possibly adding an elevator with access from the lobby level up to the second floor.

“What stands out to us is an absence of consistent LGBTQ-centered programming,” said CQCD chair Stephen Torres. “Even at this late date, they’ve alluded to a quarter of the programming the theater had been running prior to the pandemic. They seem to only promise 15-20 days a month of relevant programming, but for now there has only been one event per week.”

Torres also shared that while APE has promised that they are devoted to ensuring the film festivals continue, the Noir City Film Festival has already departed and many more film festivals have an uncertain future at the Castro Theatre.

“The action of requesting these continuances and pressuring planning to try and keep the hearings together will in effect result in all of those film festivals having to make alternative plans and therefore not happen at the Castro Theatre,” added Torres. “If it’s not confirmed yet, there’s a real danger that will be the case.”

Castro Merchants co-president Terrance Alan shared concerns from the group and merchants were in two buckets. First, there are issues about the cultural impact of APE on the LGBTQ neighborhood.

“How can we help Another Planet understand exactly what the community needs, in terms of the unique status of the Castro?” said Alan.

Secondly, the issue of parking was raised. “If several thousand people are coming to an 8 o’clock show, how will they get there?” asked Alan. “How will they leave? That is an issue very important to talk about; it affects not only the businesses but the residential neighbors.” 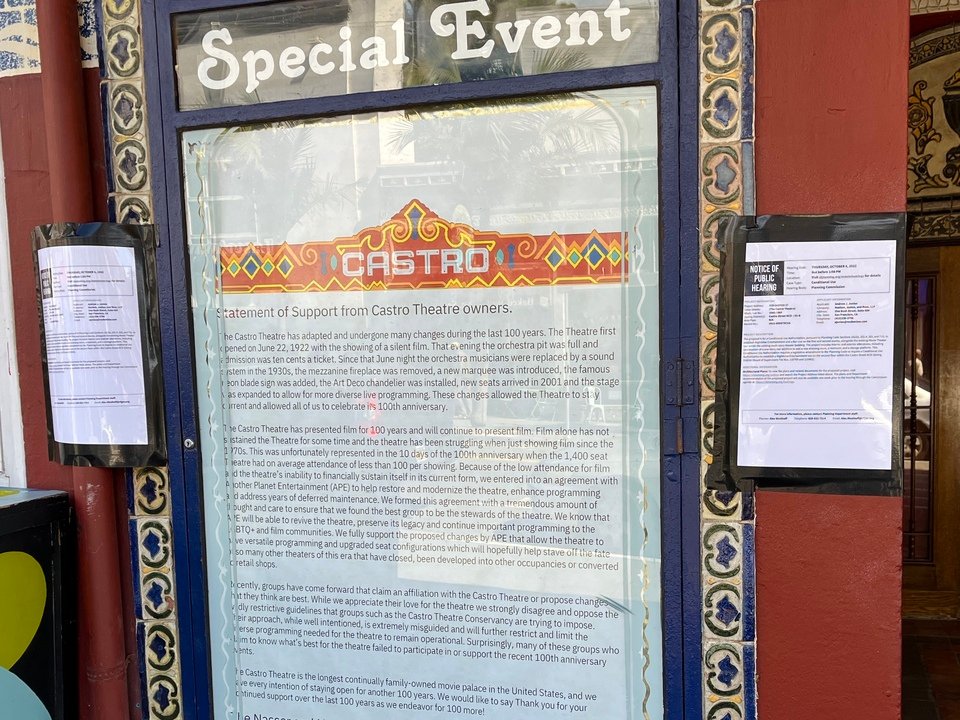 Signs announcing the public meetings which have now been delayed. | Photo: Steven Bracco/Hoodline

APE project manager Margaret Casey, spokesperson David Perry, and assistant general manager Casey Lowdermilk were allowed to respond to the presentation in the chat field. Hoodline reached out to APE for comment on this story but did not receive a response.

Casey addressed questions about potential increased capacity from the removal of seats at the Castro Theatre. “Our current plans call for a slight reduction in capacity,” said Casey. “Seating is being replaced, not removed. That narrative is intentionally misleading.”

“At the last meeting between APE and the Cultural District you were asked to tell us what success looks like to you and you declined to answer because you don’t trust us,” wrote Casey. 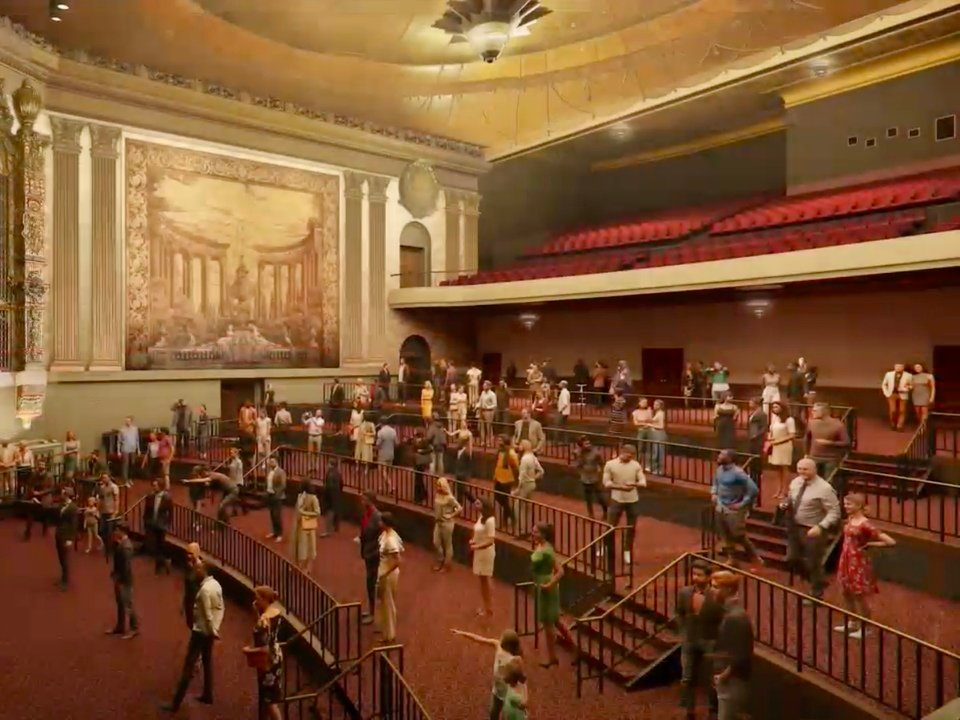 A rendering of the proposed standing-room floor plan. | Image: Another Planet Entertainment

“Until APE’s involvement there didn’t seem to be any issues with the Castro Theatre,” wrote Batt. “Coalition means member organizations reach agreement on a shared agenda and stick together to support the agenda,” added Beswick.

“APE is committed to, as they have expressed since January, making the theater economically accessible to smaller and nonprofit groups,” wrote Perry in response.

Hoodline readers will recall this isn’t the first setback for APE’s proposed Castro Theatre changes. In August, the Small Business Commission voted unanimously to continue a resolution of support to a later date. At the hearing, the commission heard significant community opposition from public speakers including queer public historian Gerard Koskovich. 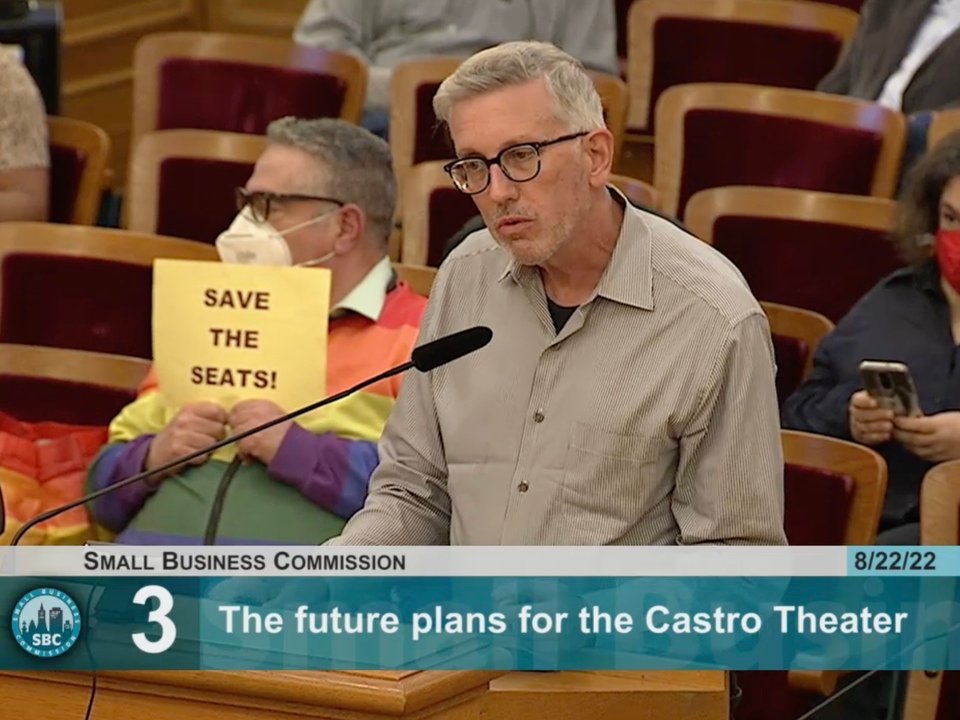 “The classic cinema seating in the Castro theatre is not incidental, it’s not random, it’s not insignificant,” said Koskovich. “It’s what’s defined by preservationists as a defining characteristic of this space.”

“When I hear APE talking about bringing in a ‘new demographic’ or a ‘certain demographic,’ I know what they mean by that,” added Koskovich. “They mean a lot of rock concerts with straight people who will be getting drunk at their concerts and 1,400 of them will be pouring out onto the streets of the Castro.”

During the hearing, APE vice president of business affairs Dan Serot admitted the company was not fully prepared for the public backlash when it announced it would be taking over management of the historic theatre.

“Unfortunately for us, we didn’t look at this as a community center. Instead, as a business venture,” said Serot.