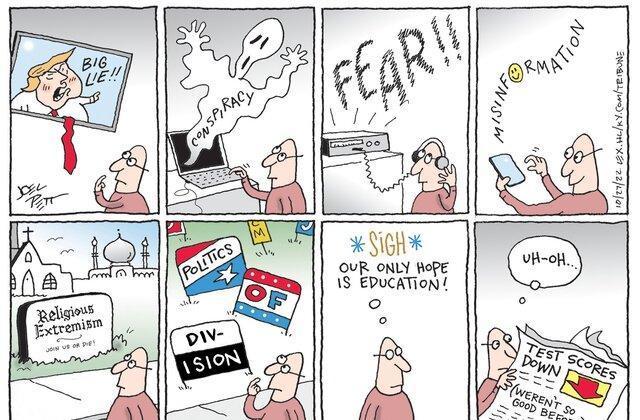 An attack on House Speaker Nancy Pelosi’s husband at their San Francisco home is spurring renewed concern over politically motivated violence as the midterm elections draw near in a climate of unusually extreme partisan division.

David DePape “violently assaulted” Pelosi’s 82-year-old husband, Paul Pelosi, with a hammer early Friday morning, according to San Francisco police. Authorities intend to charge the 42-year-old with attempted homicide, assault with a deadly weapon, elder abuse and burglary, along with several other felonies.

While San Francisco police declined to speculate on a motive for the attack, a spokesman for Pelosi said that the assailant demanded to see the California lawmaker, who is second in line to the presidency and is protected by U.S. Capitol Police. DePape reportedly shouted “Where is Nancy?” as he entered the residence through a sliding glass door, several news outlets reported.

The polarizing House speaker, who has for years embodied the liberal Democratic agenda for the pary’s GOP opponents and become the subject of violent threats, has been campaigning with Democrats around the country for the upcoming midterm elections. She was not in San Francisco during the attack, her office said.

Nevertheless, police outlined a chilling sequence of events when they responded to the speaker’s home.

“Our officers observed Mr. Pelosi and the suspect both holding a hammer” when they arrived on scene early Friday morning, San Francisco Police Chief Bill Scott said at a press conference Friday afternoon. “The suspect pulled the hammer away from Mr. Pelosi and violently assaulted him with it. Our officers immediately tackled the suspect, disarmed him, took him into custody, requested emergency backup and rendered medical aid.”

According to the speaker’s spokesman, Pelosi’s husband was taken to a hospital where he underwent surgery to repair a skull fracture, along with “serious injuries” to his right arm and hands, and he was expected to make a full recovery.

DePape’s question, “Where’s Nancy?” was reminiscent of similar chants from rioters on Jan. 6, some of whom breached the Capitol seemingly in search of Pelosi, and it drew attention to heightened fears of political violence as the midterms approach.

Already, authorities have reported incidents of voter intimidation near ballot drop boxes. In Arizona, where election denialism has been at the center of multiple races, a group of voters filed a lawsuit earlier this week accusing individuals of an “escalating scheme of voter intimidation and harassment in Arizona.”

Axios reported in June that the number of threats against lawmakers that were investigated by Capitol Police had jumped 144% from 2017 to 2021.

Sen. Susan Collins, a moderate Republican from Maine, said a storm window at her Bangor home was recently smashed, and she decried the “erosion of any boundaries” between lawmakers and their constituents.

“I wouldn’t be surprised if a senator or House member were killed,” Collins told The New York Times. “What started with abusive phone calls is now translating into active threats of violence and real violence.”

Earlier this year, the Department of Homeland Security warned of a continued “heightened threat environment” becoming “more dynamic” amid several high-profile events, including the midterm elections, which it warned could become a vessel for violence. The advisory was the sixth released by the agency since the Jan. 6 attack on the Capitol.

Political leaders expressed their concern and condemned the attack on Friday, including Senate Majority Leader Chuck Schumer of New York, who called the incident a “dastardly act.” Senate Minority Leader Mitch McConnell of Kentucky wrote in a tweet that he is “horrified and disgusted” by the reports of the assault. Sen. Ted Cruz of Texas tweeted that “we can have our political differences, but violence is always wrong & unacceptable.”

Rep. Steve Scalise of Louisiana, who was shot in 2017 during a congressional baseball practice in what was deemed a politically motivated attack, likewise expressed disgust over the incident on Friday, adding, “Violence has no place in this country.”