The founders of Jacksonville’s Celebration Church are being sued by a bank that says they owe about $716,000 on loans opened by businesses they run that aren’t paying their debts.

The lawsuit included, as an exhibit, an agreement Stovall Weems signed in September guaranteeing repayment of a $500,000 loan to Honey Lake Farms.

It also featured a February 2021 guaranty by Kerri Weems that the bank argued obligated her to repay debts on a pair of $50,000 credit card accounts for Weems Group that were set up last August.

‘At stake is control of the church’: Celebration Church, founder Stovall Weems embroiled in legal dispute

The 71-page lawsuit also said debts were owed on a $20,000 credit line to Northstream, for which state records list the couple as managing members, plus a $125,000 credit card account opened in July by Honey Lake Farms, a nonprofit that was spun off years ago from the church.

The church was not named as a party in the lawsuit.

Weems was listed as the nonprofit’s president when it filed an annual report to the state in April, even though he had been suspended from his senior pastoral role with the church in January, sued the church, and subsequently resigned. Attorneys for the church have since claimed that Weems was “committing fraud, [and] unjustly enriching himself” at its expense.

A bill collector working for the bank reached out last month seeking about $711,000, but the suit said the accounts stayed in default.

The suit argues the Weemses are each in breach of contract for not delivering on their individual guarantees of repayment and that the companies were unjustly enriched and owed the bank money and interest.

A spokesperson for Stovall Weems said Tuesday the pastor wouldn’t comment on the lawsuit.

Events in the lawsuit seem to overlap with actions described in a report that lawyers for the church prepared last month described as a “fraudulent mischaracterization” of Honey Lake Farms’ finances by Stovall Weems, who had led the megachurch since 1998.

The church report said the bank officer handling the loan “questioned the legitimacy of this entry” and “informed Celebration that the manipulation of financial statements in connection with a loan application was extremely serious and improper.”

The report said the pastor directed church accounting staff to write off the debt.

The Weemses and the church remain locked in a separate lawsuit about Stovall Weems being suspended. A hearing is scheduled next week on the church’s motion to dismiss the case. 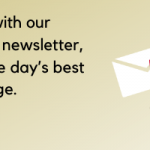 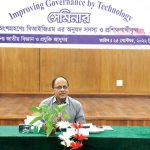 NMST holds seminar on use of technology 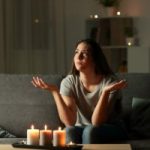 should my small business make the switch? 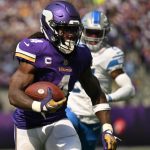