In the latest sign that the U.S. housing shortage is reaching crisis levels, a Bay Area startup is offering bunk-bed style pods at $800 a month for up to 14 people to live in a single home.

Brownstone Shared Housing, an eight-month-old startup, bills itself as a short-term solution for students or people working on temporary jobs.

Its Palo Alto home houses 14 people in a house with two bathrooms, a kitchen and plentiful communal spaces. For $800 a month, residents of the home, which is close to the Stanford campus, get utilities, internet, a work-from-home space and access to a sleeping pod.

Each pod measures 8 feet tall and comes with a built-in fan, electrical lighting, a fold-down desk and charger for electrical gadgets. The pods are stacked two tall and have curtains that close for privacy.

The internet reacted viscerally to the pods after an Insider article this week. Some users on Reddit’s Antiwork forum called the setup inhumane and drew comparisons with cramped “pod” apartments in Asia.

“It’s not even a shared house, just stacked on top of each other like filing cabinets. The world is messed up. It shouldn’t be this expensive to just exist,” one user said, according to Newsweek.

James Stallworth, one of the company’s two founders, told CBS News his own experience with substandard housing in the Bay Area inspired him to create a better short-term rental option.

With Brownstone, Stallworth said he aims to “preserve humanity and comfort and privacy” for its occupants.

Stallworth and cofounder Christina Lennox live in the Palo Alto pod house along with their tenants. Just one pod is currently vacant, which Stallworth said he is working to fill.

The company doesn’t run traditional credit checks on their occupants, instead running a background check to make sure a potential tenant can live with others. “[W]e evaluate people by the content of their character, not the contents of their bank account,” the company’s website said. There’s no security deposit, making it easy to move.

The current occupants are in their 20s and 30s and are interns, people on temporary work assignments or just starting their careers, Stallworth said.

“Everyone gets along now,” he said, adding that at the start of the venture “there were definitely personality clashes.”

A second house in Bakersfield, which sleeps six, is currently half-full, Stallworth said. Lennox owns the Bakersfield home; Brownstone rents out the Palo Alto property, and in turn subleases it to tenants.

The beds’ metal frames are custom-made based on a design Lennox thought up. She and Stallworth cut the wood and wire the pods themselves, under an electrician’s supervision.

“The pod, when they’re in it, feels like their own space — it’s nothing like a bunk bed because it’s enclosed,” Stallworth said. “You don’t have a concept of how many there are in the room.”

Stallworth said he wants to expand the housing concept to other cities, name-checking Brooklyn, New York, as a prime goal. He said the company has signed up 400 interested people in the market already.

“There are so many people who aren’t doing things because housing is a barrier. Our plans are [to go] wherever there’s the greatest need,” he said.

But the concept could be problematic in areas that limit how many people can share a single home. Palo Alto has no such restrictions, and Brownstone benefited from a sympathetic landlord. Many other cities have restrictions on the number of unrelated people allowed to occupy a dwelling, although they are not consistently enforced.

“We would obviously make sure we could operate within the law,” Stallworth said, adding that he belives occupancy limits are “inherently discriminatory.”

Because the sleeping pods are all contained in two rooms, the additional bedrooms have all been repurposed as working or lounging areas.

The houses enforce a no-overnight-visitors policy to keep crowding down, Stallworth said: “Fourteen people is fine, 28 is not fine.”

Brownstone is far from the first company to try to make a desirable living space out of tight quarters. Co-living companies have proliferated in the U.S. as housing costs have soared.

In Los Angeles, residents of a co-living complex called Eddy pay $795 to $945 a month for a pod bed in a furnished home with linen services, shared computers and an on-site gym. A chain of residences called PodShare in the Los Angeles area charges $50 a night or $1,000 a month for a pod. Once they’ve paid, residents can move freely among five facilities.

“We believe that you only really need a small space to yourself to sleep, relax and store your belongings. The rest of our time should be spent on shared experiences,” PodShare’s website says.

For comparison, a studio apartment rents for $2,400 in the Bay Area and $2,230 in Los Angeles, according to Realtor.com. And, as prices have risen, the amount of private space per renter has also shrunk.

An analysis by RentCafe found that, in 2020, the average renter had just 540 square feet of space to themselves — the size of a large master bedroom. That’s 25 square feet less than they did a decade ago. 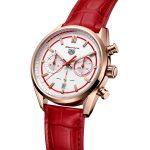 The Next Best Thing to a Game-Changing Porsche? A Watch Inspired by One

Want A Steam Deck? Now You Can Buy One Without Waiting 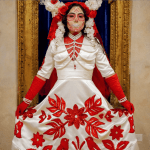