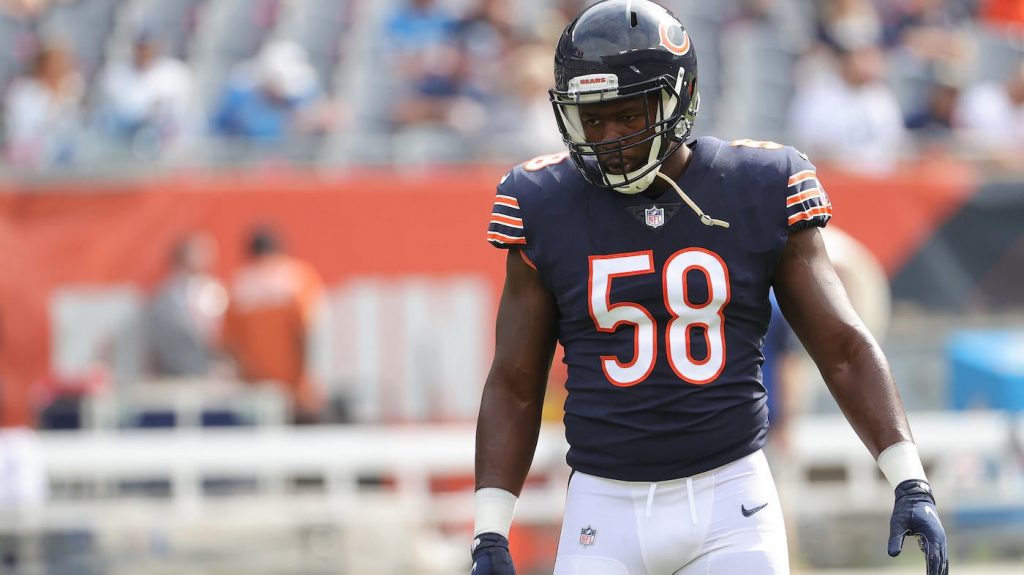 All-Pro linebacker Roquan Smith has requested a trade from the Chicago Bears, according to NFL Network. In a long letter to the city of Chicago and Bears fans, Smith expressed his desire to remain with the organization for his entire career, but, as he says, “the new front office regime doesn’t value me here.”

Smith, who is entering the final year of his rookie contract, reported to training camp but has not been practicing as he searches for a new contract. He added that the Bears have not negotiated in good faith and have been pressuring him to simply take the deal that is on the table or leave it.

“To the city of Chicago and all the Bears Fans worldwide, I have officially requested a trade; just writing these words is deeply painful.

I’m a kid from Macon County, Georgia. When you grow up playing football, you dream of making it to the NFL one day. However, playing the Linebacker position, you NEVER imagine getting drafted in the Top 10 by the Chicago Bears! I’m a HOMEGROWN Bear! A dream came true for me to have an opportunity to put that Bears’ helmet on, wear the same jersey that the legendary LB’s did, it’s an indescribable feeling.

Walking these hallways the past four years, you can feel the spirit, you feel the pressure to live up to that timeless history, that great legacy. I dreamed of playing like Wilber Marshall, Singletary, Briggs, Urlacher, Butkus! Since the day I was drafted, I vowed to play this position at a level that upheld the standard that was set before me, to uphold that respect and honor, and I have.

Unfortunately, the new front office regime doesn’t value me here. They’ve refused to negotiate in good faith, every step of this journey has been “take it or leave it”. The deal sent to me is one that would be bad for myself, and for the entire LB market if I signed it. I’ve been trying to get something done that’s fair since April, but their focus has been on trying to take advantage of me.

I wanted to be a Bear for my entire career, help this team bring a super bowl back to our city. However, they have left me no choice than to request a trade that allows me to play for an organization that truly values what I bring to the table.

I haven’t had the chance to talk to the McCaskey family, and maybe they can salvage this, but as of right now I don’t see a path back to the organization I truly love.

I hope and pray you all can understand, I’m deeply sorry it’s come to this.

According to NFL Network, the Bears gave Smith a backloaded offer that would not make him the highest paid linebacker in actual salary and included proposed de-escalators that no non-quarterback with a $15 million or higher contract has. That type of offer offended Smith and helped lead to this trade request.

Despite where the two sides are at right now, new Bears general manager Ryan Poles said he plans on keeping Smith in the fold.

“Right now, my intentions are to make sure Roquan is on this team,” Poles said, via Ian Rapoport.

The 25-year-old has spent his entire career in Chicago after the club selected him with the No. 8 overall pick in the 2018 NFL Draft out of Georgia. Over the past two seasons, Smith has been named second-team All-Pro and is widely considered to be among the top linebackers in the league.