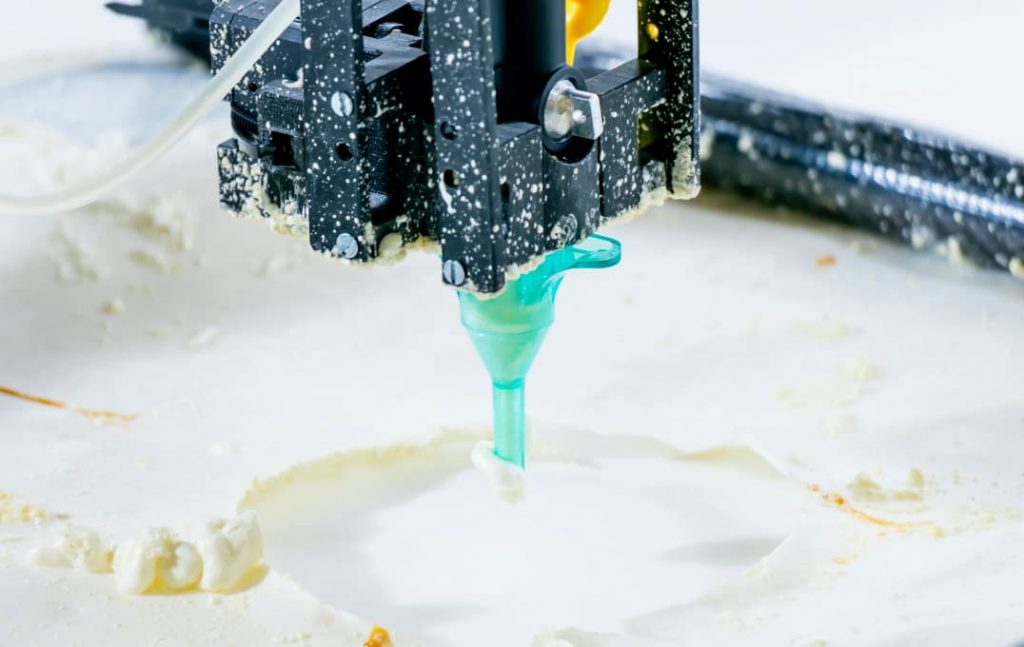 Building or repairing structures in difficult-to-reach locations is a daunting task, as bringing in the cranes, scaffolding and whatnot can be quite difficult. That’s why scientists are creating a honeybee-inspired system, which uses flying 3D-printing drones to do the job.

Known as Aerial Additive Manufacturing (Aerial-AM), the technology is being developed by researchers from Imperial College London and Switzerland’s Empa institute. It actually incorporates two types of quadcopter drones, which fly autonomously and communicate with one another.

First of all, there are the BuilDrones. Working from a shared digital blueprint, these collaboratively build up the structure by extruding successive layers of material – such as wet concrete – via a nozzle on their underside. That nozzle is able to move laterally relative to the drone, in order to compensate for any unintentional drifting on the part of the latter.

The second type of drones are called ScanDrones. These supervise the printing process, evaluating the geometry of the structure as it’s being built. Based on these observations, they advise the BuilDrones on what to do next, in order to stick to the blueprint and produce the intended finished product.

The system currently has a manufacturing accuracy of plus or minus 5 millimeters. And although it’s designed to operate on its own, a human operator is kept in the loop so they can intervene and take manual control if necessary.

In small-scale tests conducted so far, Aerial-AM has been used to build a 72-layer 2.05-m-tall (6.7-ft) cylinder out of expanding polyurethane-based foam, and a 28-layer 18-cm (7-in) cylinder made of a custom cement-like material.

“We’ve proved the concept that drones can work autonomously and in tandem to construct and repair buildings, at least in the lab,” said project leader Mirko Kovac, of Imperial’s Department of Aeronautics and Empa’s Materials and Technology Center of Robotics. “This scalable solution could help construction and repair in difficult-to-reach areas, like tall buildings.”

A paper on the research was recently published in the journal Nature. The drones can be seen in action, in the following video.

Readers might also want to check out the Fly Elephant, a 3D-printing aerial drone being developed by Chinese company DediBot.