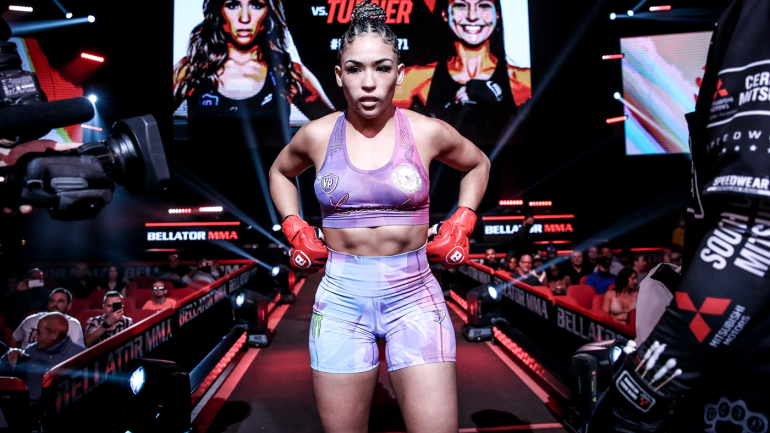 Valerie Loureda is hitting the pause button on her MMA career and jumping into the world of professional wrestling. Loureda, currently signed to Bellator MMA, confirmed on Wednesday that she has signed a full-time contract with WWE.

Loureda appeared on The MMA Hour with Ariel Helwani, confirming an ESPN report on her transition to a career with WWE.

Loureda is 4-1 as a professional, with all of her fights coming in the Bellator cage. She suffered her first career loss in May 2021, dropping a decision to Hannah Guy, but was able to rebound with a split decision win over Taylor Turner this past November.

According to the ESPN report, Loureda attended WrestleMania and was sucked into the world of WWE, gaining a tryout with the promotion before beginning to train and gaining significant attention from WWE as a “high-ceiling talent.”

During her MMA Hour appearance, Loureda said that she’s done with her career in mixed martial arts, but Bellator president Scott Coker remained confident she would return to the cage in a statement provided to ESPN.

“Valerie Loureda is a very young and talented athlete who can accomplish plenty in MMA for years to come, but for now we wish her the best of luck as she pursues her dream of becoming a WWE superstar,” Coker said. “She will remain an active and under contract fighter with Bellator, and we look forward to welcoming her back into the cage in the near future. We take great pride in allowing our athletes to test themselves in additional arenas such as boxing and pro wrestling.”