Beto O’Rourke, the Democratic nominee for Texas governor, is taking a break from the campaign trail after suffering a bacterial infection, he said in a statement on Sunday.

“After feeling ill on Friday, I went to Methodist Hospital in San Antonio where I was diagnosed with a bacterial infection,” O’Rourke tweeted.

“While my symptoms have improved, I will be resting at home in El Paso in accordance with the doctors’ recommendations,” O’Rourke, 49, added.

Neither O’Rourke nor his campaign said when he would be back on the trail. O’Rourke, who had been on a 49-day drive beginning in July with more than 70 stops throughout the state, canceled events this weekend in Lockhart, San Antonio and more.

At a stop earlier this month, O’Rourke confronted a heckler who laughed while he talked about the Uvalde school shooting, saying “it may be funny to you, motherf*****, but it’s not funny to me.” The crowd erupted in cheers and the video went viral.

O’Rourke is taking on two-term Texas Gov. Greg Abbott in November. A poll from earlier this month showed Abbott maintained a 7-point lead over O’Rourke. While O’Rourke outraised Abbott last quarter, Abbott entered the year with a massive war chest.

Texas has not elected a Democrat statewide since 1994.

Hurricane Ian: If NFL has to move Buccaneers-Chiefs due to inclement weather, why not New England? 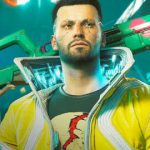 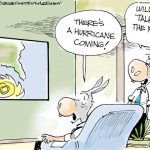