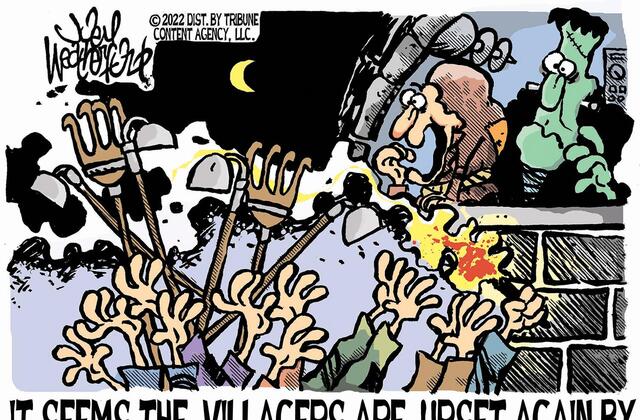 “We’re going to do everything in our power” to help girls and women get abortions no matter where they live, Biden told nine governors on a videoconference to plot strategy. He said he had just spoken with Attorney General Merrick Garland, and the two were determined to make sure two workarounds – getting medication abortion from an out-of-state provider or traveling across a state line to get an abortion, would be protected.

“This is not over,” Biden said, a week after the Supreme Court handed down a decision reversing the 1973 Roe v. Wade ruling guaranteeing a woman’s right to abortion, with some state restrictions allowed.

Governors said they were working to enshrine abortion rights in their own state constitutions. New York was set to move forward on that Friday, Gov. Kathy Hochul said, while New Mexico Gov. Michelle Lujan Grisham noted that her state – anticipating the high court’s ruling – last year revoked an old law on the books banning abortion.

Governors also raised the idea of using federal property, such as military bases and veterans hospitals, to perform abortions even in sates where the procedure is illegal. Grisham suggested also using Indian Health Service clinics to perform abortions.

North Carolina Gov. Roy Cooper has a Republican majority legislature he said would not vote to enshrine abortion rights, but he said he would use his veto pen to keep access available.

Planned Parenthood clinics in the state have already scheduled 192 patients from out of state for abortion next week alone, Cooper said, projecting that the number would be 10,000 out-of-staters a year.

That is not only onerous for people who may find it hard to scrape up the money or time off of work to travel, but it puts an added burden on clinics in states where abortion is legal, he said.

“Your ZIP code should not determine your rights,” Cooper said.

Biden on Thursday endorsed the idea of carving out a filibuster exception to pass a law codifying abortion rights nationwide, but he acknowledged bluntly Friday that the votes were not there. Two Democratic senators – Joe Manchin of West Virginia and Kyrsten Sinema of Arizona – oppose the rules change.

He urged Democrats – who face loss of control of both the House and Senate in this fall’s elections – to elect more Democrats so they could move ahead with a law to secure access to abortion no matter where the patient lives.

Should Republicans take control, “We’re going to be in a situation where Republicans are going to pass a nationwide prohibition,” Biden said during the call.

The Biden administration is using its executive authority to increase access to abortion despite state bans or severe restrictions. But the executive branch’s reach is limited, given the wide berth awarded by the Supreme Court a week ago.

In a letter to health insurance carriers and group health plans earlier this week, Cabinet secretaries reminded them of their legal obligation under the Affordable Care Act to provide contraceptive coverage at no cost. The departments (Health and Human Services, Treasury and Labor) also convened a meeting with national leaders to remind them of the penalties for non-compliance.

The Office of Personnel Management, meanwhile, issued guidance saying that federal employees may use sick time to travel for medical care – including traveling to another state where abortion is still legal. Federal employees may also use their own sick time to transport a family member out of state for medical care, including abortion, the White House said in a fact sheet.

HHS Secretary Xavier Becerra said earlier this week that the administration would do everything in its power to make medication abortion available to women who want it. Medication abortion, where the pregnant woman or girl takes pills to induce a termination, now accounts for more than half of abortions nationwide, according to the Guttmacher Institute.

Federal law, Becerra said, requires access to medication abortion in cases of rape, incest or where the life of the pregnant girl or woman is at risk. In December 2021, the FDA made it legal to get the abortifacient by mail. However, some states are moving to make that illegal in their jurisdictions. That is likely to lead to a standoff with the federal government that will end up back in the courts.

Some big businesses have already declared they will pay for employees to travel to other states for abortion care, angering Republicans who want to make it illegal for a state resident to go elsewhere for a legal abortion. Sen. Marco Rubio, Florida Republican, has proposed legislation that would disallow companies from deducting such costs as business expenses.

In Connecticut, the Democratic administration sent an open letter to businesses inviting them to relocate in the Constitution State, where laws protecting abortion access are some of the strongest in the nation.

“We are writing to any business owner that is disappointed in the stance of their current state. If you are looking to relocate to a state that supports the rights of women and whose actions and laws are unwavering in support of tolerance and inclusivity, Connecticut is for you,” Gov. Ned Lamont and Lt. Gov. Susan Bysiewicz said in the letter.

“Connecticut has a record of providing equal opportunity to all people and one of the strongest records when it comes to protecting reproductive rights,” the duo said.