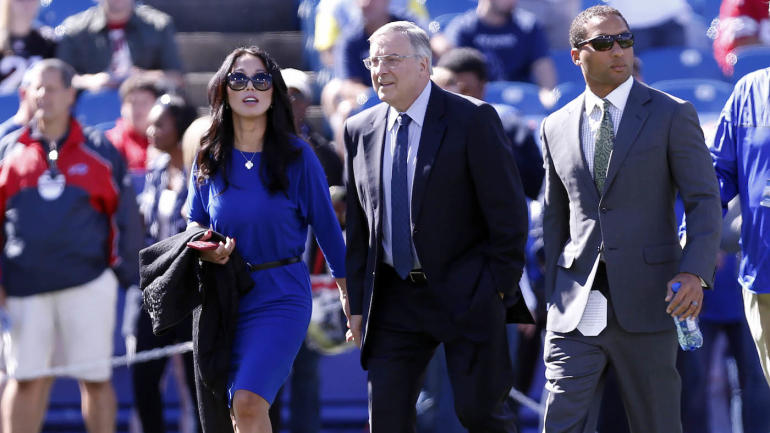 Bills co-owner Kim Pegula is currently undergoing medical treatment for “unexpected health issues,” the family announced in a statement Tuesday. Pegula, 53, who purchased the franchise alongside her husband, Terry, in 2014, and has played a direct role in the Bills’ ongoing plans to construct a new stadium, has been receiving medical care since last week.

“We are very grateful for the progress (Kim) has made over the past few days,” the statement read. “She has an exceptional team of medical experts at her side. We ask that you keep Kim and our family in your prayers and ask that you respect our need for privacy.”

Bills officials declined to elaborate on the statement, per the Buffalo News, which does not detail the severity of Pegula’s health issues, or where she is receiving treatment. The team has since issued the following message on social media, however: “All of Bills Mafia is sending our love and prayers to you, Kim. We are with you and the entire Pegula family.”

Pegula is also the president of Pegula Sports & Entertainment, she and Terry’s company that oversees not only the Bills but the NHL’s Buffalo Sabres, the National Lacrosse League’s Buffalo Bandits and Rochester Nighthawks, and the American Hockey League’s Rochester Americans. Her husband, Terry, was last estimated by Forbes to have a net worth of just under $6 billion.

Kim has most recently headlined efforts by the Bills to finalize plans for a new $1.4 billion stadium in Orchard Park, New York, with the state recently approving a $600 million contribution to bring the project to fruition.