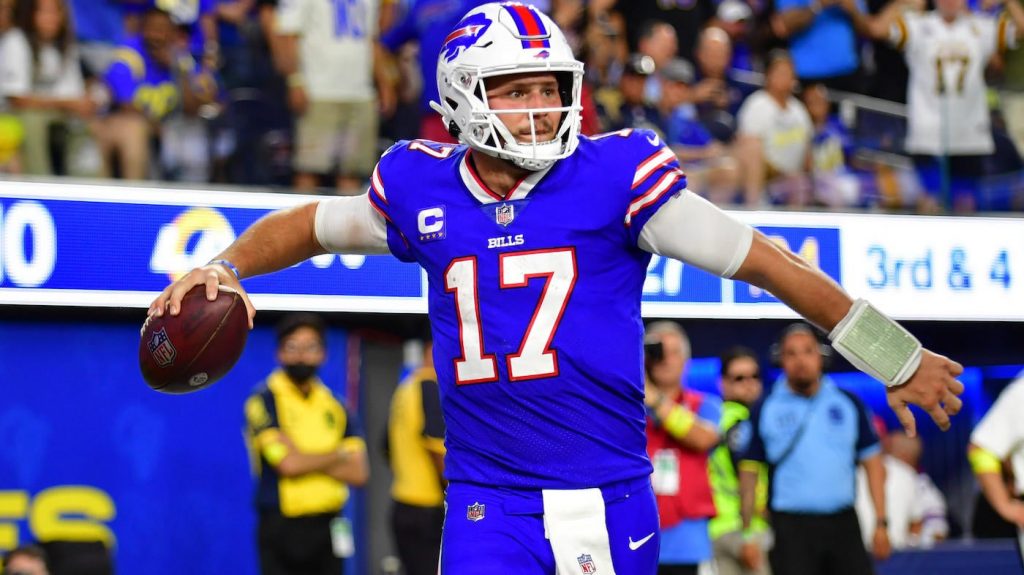 Well, the Buffalo Bills certainly look the part of a Super Bowl favorite. In the regular season opener, Sean McDermott’s team throttled the defending champion Rams to the tune of 31-10 at SoFi Stadium. Despite a tie score going into the half, this was a game largely dominated by Buffalo and it was merely self-inflicted wounds that prevented them from jumping out to a big first-half lead. Once those were corrected in the second half, that’s when they went into light-speed, finishing the game on a 21-0 run.

It was the type of performance that not only put the rest of the NFL on notice that this team is as-advertised, but it’s also grabbing the attention of oddsmakers. Following the game, Caesars Sportsbook announced that Buffalo’s Super Bowl odds have bumped up, moving from +600 (best in the NFL heading into the season) to +550. Their odds to win the AFC also jumped to +275 when they were previously +300.

Of course, this type of movement will happen throughout the season in some form or fashion, but it is noteworthy when the team that was already favored to win it all increases those odds while blowing out the club that most recently hoisted the Lombardi Trophy.

The Bills offense put up 413 yards of offense and didn’t punt once in this head-to-head. The defense — particularly the pass rush — also showed out on Thursday night as they were able to get after Matthew Stafford throughout the night and sack him seven times. When you consider they were able to force Stafford into three interceptions with first-round rookie Kaiir Elam playing sparingly and are still without All-Pro cornerback Tre’Davious White (PUP), this unit has a ceiling even higher than the production we saw in this matchup.

Meanwhile, quarterback Josh Allen also saw his odds to win NFL MVP improve. In fact, it was the biggest swing in the trio of movements that Caesars released as he now stands at +550 to win the award after previously sitting at +650.

Allen was already the odds-on favorite to win this award and he played like an MVP in this win. He began the game by completing his first 10 passes (a career best) and finished with a 112 passer rating. He did have two interceptions, but only one of them was truly his doing. Outside of that, he was something out of a video game, totaling four touchdowns, including a 53-yard bomb to Stefon Diggs and a 4-yard run in the red zone.

They were 2.5-point road favorites coming into this matchup and beat the historical odds. Before this game, the defending champions were 13-6-2 ATS and 18-3 SU in Week 1 dating back to Super Bowl XXXIV.

Naturally, there’s a long way to go between Super Bowl LVII kicks off in Glendale, Arizona, but Buffalo already looks like they are in midseason form, which should send shivers down the rest of the league’s spine.