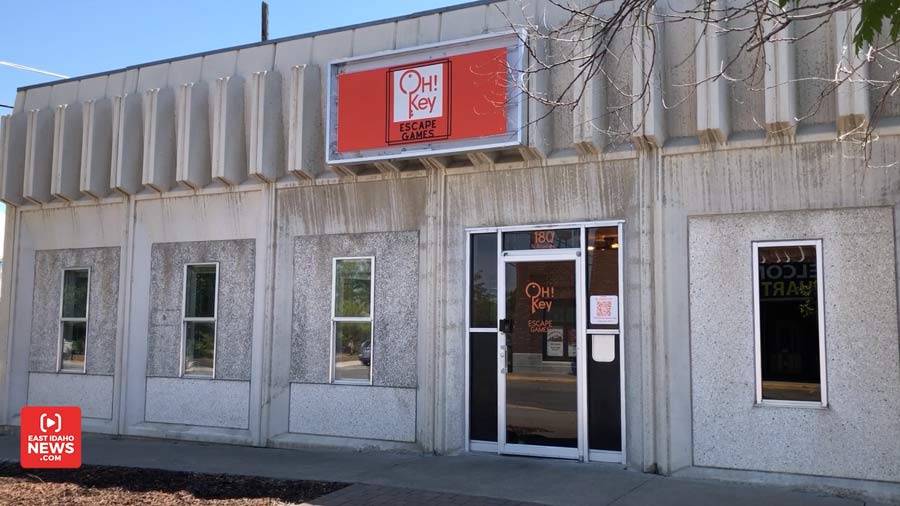 Do you want to know what’s happening in the eastern Idaho business scene? We’ve got you covered. Here is a rundown of this week’s business news across the valley.

BLACKFOOT – When Jessi and Matt Nelson aren’t working with students at Idaho Science & Technology Charter School, one of their favorite activities is visiting escape rooms.

The Blackfoot couple were frequent customers at a now-defunct escape room in Blackfoot, and that’s what prompted them to open Oh! Key Escape Games at 180 North Broadway.

The business launched two weeks ago, and amid inflation and rising gas prices, Jessi tells EastIdahoNews.com the venture has provided a fun “escape” for families wanting something to do that’s close to home.

“When we first (opened), we made a post on the Life in Blackfoot Facebook page. We got a strong response from it, and we’ve had bookings every day,” says Jessi.

The Nelsons have been to escape rooms throughout eastern Idaho, and they wanted their escape room to be a little different by making it accessible for the whole family.

“We tried puzzles and mechanisms that we hadn’t seen in other (escape rooms),” says Jessi.

Oh! Key currently offers one room, Desruc Candy Shop, and Jessi describes the premise as “an unusual candy shop where people … come out acting differently.” The goal is to figure out why and solve it.

See what it looks like in the video above.

Bookings typically last an hour, and so far, Jessi says everyone who’s tried it has been able to solve it in the allotted time with minutes to spare.

Additional rooms are coming soon. A spooky one is in the works, and they’re planning another one with a theme that’s familiar to Idahoans everywhere.

“Something to do with potatoes because of the potato museum. We’re hoping to appeal to locals but also (provide something unique for tourists),” she says.

The business’s name stems from what the Nelsons have heard people yell at other escape rooms when they find the key at the end that unlocks the door — “Oh! Key.”

IDAHO FALLS – Murdock Manwaring Company and Taylor Mountain Mortgage in Idaho Falls combined efforts to honor local teachers who go above and beyond for their students.

Out of 119 nominations, seven teachers were chosen to receive $200 cash and eight hours of service for their classrooms. They include:

Chad Murdock, along with his wife and three kids, helped Hibbert set up her new classroom. In hindsight, Murdock says he was unaware of how much work was involved in managing a classroom.

“After eight hours, we were not done, and after 12.5 hours of us all working, we felt like we barely made a dent in all of her projects,” Murdock says. “Teachers are amazing!”

Each business provided a combined total of $1,400 and more than 50 hours of service.

Based on the response, Murdock says there’s a tremendous need for assistance in schools and classrooms. He’s planning to do it again next year.

IN CASE YOU MISSED IT…

Planning to have an exhibit at the Eastern Idaho State Fair? Here’s what you need to know

How do you know if a will or trust is best?

Idaho Falls restaurant up for lease after 5-month closure