EL PASO, Texas (Border Report) — The bipartisan Border Security Technology Caucus met for the first time on Tuesday and listened to a presentation on how law enforcement agencies can use data to address security needs at the border.

The caucus’s mission is to inform Congress of available technologies to improve and strengthen border security.

U.S. Rep. Vicente Gonzalez, a Democrat from McAllen, co-founded the caucus with U.S. Rep. Tony Gonzales, R-Texas, whose district stretches from San Antonio to El Paso and includes 800 miles of U.S.-Mexico border, the most of all border districts. The other founding members include Tim Ryan, D-Ohio, and Chuck Fleischmann, R-Tennessee.

Gonzalez, in early April, told Border Report he believes there are emerging technologies that can help law enforcement personnel better patrol and monitor the southern border with Mexico.

“Now is the time to implement smart and effective methods to further secure our borders,” Gonzalez said Tuesday. “There is nothing partisan about keeping our men and women in blue and green safe, and there is nothing partisan about securing our border in a cost-efficient and technologically advanced way. I look forward to our continued work that will come from this bi-partisan caucus and the real change we can bring to our border communities.”

On Tuesday, Orbital Insight, a Palo Alto, California-based geospatial analytics company, delivered a presentation on how the data can help law enforcement agencies better monitor and collect data on migration across our borders.

According to its website, Orbital Insight analyzes satellite, drone, balloon and other unmanned-aerial-vehicle images, including cellphone geolocation data, to study a range of human activity, and provides business and strategic insights from the data.

When former President Donald Trump spoke about building a wall, Gonzales insisted on a wall with cutting-edge technology with Aerostats and cameras and sensors to assist the boots on the ground, Gonzales told Border Report.

In announcing the creation of the Border Security Technology Caucus, the four congressmen said border security is a bipartisan priority that requires bipartisan cooperation.

Visit BorderReport.com for the latest exclusive stories and breaking news about issues along the U.S.-Mexico border

“The Border Security Technology Caucus will bring together a coalition of lawmakers from across the political spectrum to ensure the United States is on the cutting-edge of technological advancements. With the formation of this caucus, we will provide insight and congressional cooperation that will protect the American people, Customs and Border Patrol agents, and our national security,” they said. “We look forward to paving the way for legislation that will improve the enforcement of America’’ immigration laws and bring our border security strategy into the 21st century.” 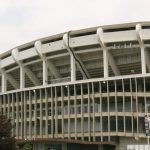 Multiple fires break out at RFK Stadium on Tuesday; no injuries reported 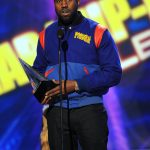 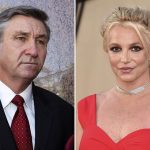