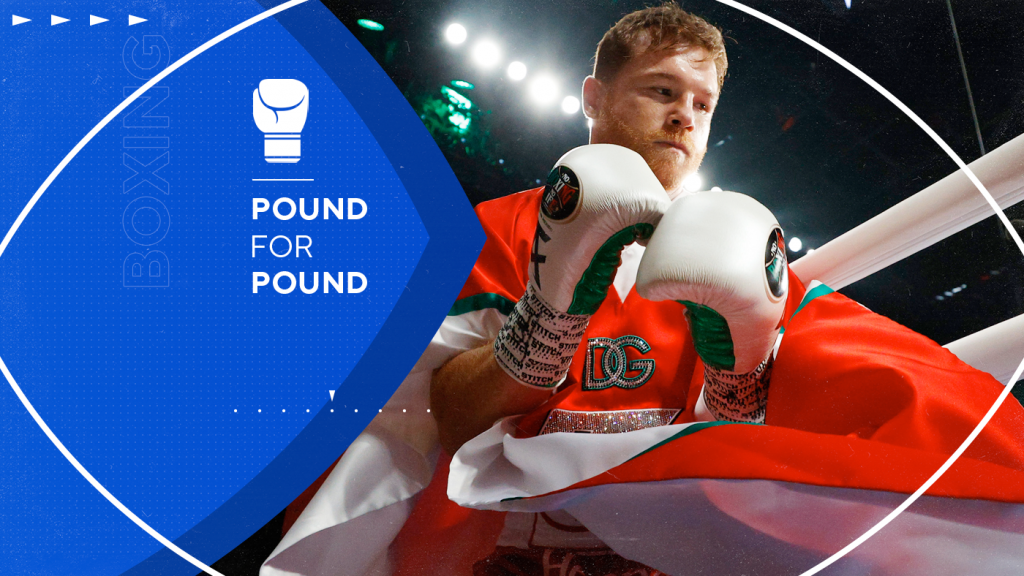 For as next level as Canelo Alvarez appeared to be in 2021, when he ran away with fighter of the year honors after becoming the first four-belt undisputed champion at 168 pounds, his results this calendar year have been a mixed bag.

Not only did Alvarez seem to find his ceiling in terms of dramatic rises in weight when he lost to WBA light heavyweight champion Dmitry Bivol in May, the Mexican superstar didn’t look that much better in September when he faded late in a decision win over 40-year-old Gennadiy Golovkin in their trilogy bout.

At 32, Alvarez is either starting to slow down some 17 years into a career that began at age 15 (and has encompassed 62 pro fights), or the difficult schedule carried out by the four-division champion in recent years is starting to catch up.

One might believe the latter to be true after Alvarez revealed this week he will be out until at least next May with left wrist surgery following a recovery that could push his return all the way to September 2023. Considering he fought four times over a 12-month stretch ending last November, a schedule far busier than the average elite fighter, the assumption makes sense.

Either way, Alvarez’s 2022 campaign has seen his overall stock slip just a bit amid an already crowded field atop the P4P top 10. Yes, Alvarez might be taking more chances of late than his contemporaries, which is a big reason why he separated himself last year as the best boxer of this era. But he may have plateaued just a bit in doing so.

Although Alvarez was able to disarm Golovkin of his jab in the first half of their third meeting, he struggled to close the show and nearly paid for it on the scorecards as all three judges had it much closer than the general consensus of ringside media and online observers.

Alvarez will have an interesting decision to make upon his return next year regarding whether to run back the Bivol rematch, which appears to be his preference, or finally accept the challenge of David Benavidez, a two-time champion at 168 pounds who many believe has the perfect mix of size, skills and mindset to give Alvarez trouble.

Using a criteria that takes into account everything from accomplishments to current form, let’s take a closer look at the top fighters inside the ring. Below is the latest Pound for Pound rankings update after Alvarez’s win over Golovkin in September.

The Japanese “Monster” needed just two rounds to finish off 39-year-old legend Nonito Donaire in their June rematch to unify three of four titles at 118 pounds. Inoue’s power remains scary, but his technique and I.Q. are often overlooked. Up next is a four-belt bantamweight unification on Dec. 13 against Paul Butler.

Despite a 17-month layoff and surgery to repair a detached retina, Spence returned looking better than ever in his demolition of Yordenis Ugas to unify three of four world titles. The only fight that makes sense next is an undisputed showdown with WBO champion Terence Crawford, which has been verbally agreed upon for Nov. 19.

Crawford made an incredible series of adjustments to slow down and finish Shawn Porter in their pay-per-view clash last fall. After a long layoff, the promotional free agent has reportedly agreed to terms for a Nov. 19 undisputed clash with three-belt champion Errol Spence Jr.

The combination of a light heavyweight title loss to Dmitry Bivol and an uneven decision win over 40-year-old Gennadiy Golovkin in their trilogy has Alvarez slipping just a bit at age 32. Left wrist surgery is expected to keep him out until at least May 2023, if not September.

Usyk’s professional run has been as decorated as it has been perfect. The former undisputed cruiserweight champion even has a strong argument for best fighter in the sport after defeating Anthony Joshua in their August rematch. An undisputed title bout against Tyson Fury will have to wait until 2023 as Usyk recovers from nagging injuries.

The ongoing conflict in his native Ukraine forced Lomachenko out of a possible title bout against former unified lightweight king George Kambosos Jr. But Lomachenko has left the dangers of battle to enter training camp for his Oct. 29 return against former sparring partner Jamaine Ortiz.

Already being compared to a young Floyd Mayweather, the 24-year-old southpaw produced a surgical dismantling of fellow unbeaten titleholder Oscar Valdez in their April title unification. Stevenson’s speed, technique and IQ are off the charts. He returns Sept. 23 to his native Newark, New Jersey, to face Robson Conceicao.

Criticized at times for playing it safe in the past, Bivol was anything but in his career-making victory over pound-for-pound king Canelo Alvarez. Bivol acted the part of the bigger man and failed to show Alvarez any respect in the manner that he fought him. A Nov. 5 return against unbeaten mandatory challenger Gilberto Ramirez is up next.

Fulton capped off a breakthrough 2021 with the most thorough performance of his career in widely outpointing former unified champion Danny Roman in June. “Cool Boy Steph” is among the most diversified threats in the game and openly covets an undisputed fight against fellow unified champion Murodjon Akhmadaliev.