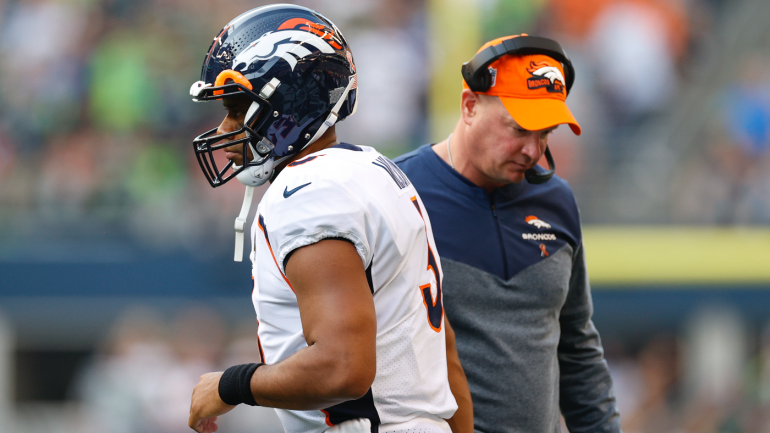 Nathaniel Hackett’s first game as an NFL head coach did not come without controversy. Hackett’s late-game clock management was called to question before Brandon McManus was called on to attempt a 64-yard field goal with 20 seconds left. McManus missed the kick after Hackett let more than 40 seconds run off the clock.

Moments before McManus’ attempt, the Broncos faced a third-and-14 on the on their own 45 with 1:11 left. Broncos quarterback Russell Wilson completed a check down to Javonte Williams, who was tackled five yards shy of the first down with 1:03 remaining. Despite being armed with three timeouts, Hackett passed on giving Wilson a chance to convert a fourth-and-five situation and instead asked his kicker to try to make what would have been tied for the second-longest field goal in NFL history.

“I was expecting to have to go for it [on fourth down],” Hackett said. “I thought Javonte did an incredible job to put us into field goal range and at the mark we were looking for.”

Hackett said he and Wilson were on the same page with regard to where the Broncos needed to get to give McManus a chance to attempt the game-winning kick. It appeared, however, that Wilson and the offense were trying to run a play on fourth down before calling a timeout to avoid a delay of game.

While most everyone is focusing on how the game ended, Hackett pointed to his offense’s lack of red zone success as the main reason why the Broncos left Seattle with a loss. The Broncos failed to score a touchdown in their four trips inside the Seahawks’ 20-yard-line.

“We didn’t execute,” Hackett said of his red zone offense. “We had a false start on a walk-in touchdown, which is unacceptable. You can’t have penalties there. We had a couple of opportunities. I mean, they were there. We’ve just got to capitalize on them, and we didn’t. That’s what’s frustrating in those situations.”

Hackett, who opted not to play the majority of his starters during the preseason, also took ownership for his offense’s lack of rhythm Monday night.

“We have no excuses,” Hackett said. “That’s what we preach. We’ve got to be sure that we get a play in, get it called and get those guys rolling. I know It was it was definitely loud, but again, that’s no excuse. We’ve got to do better.”