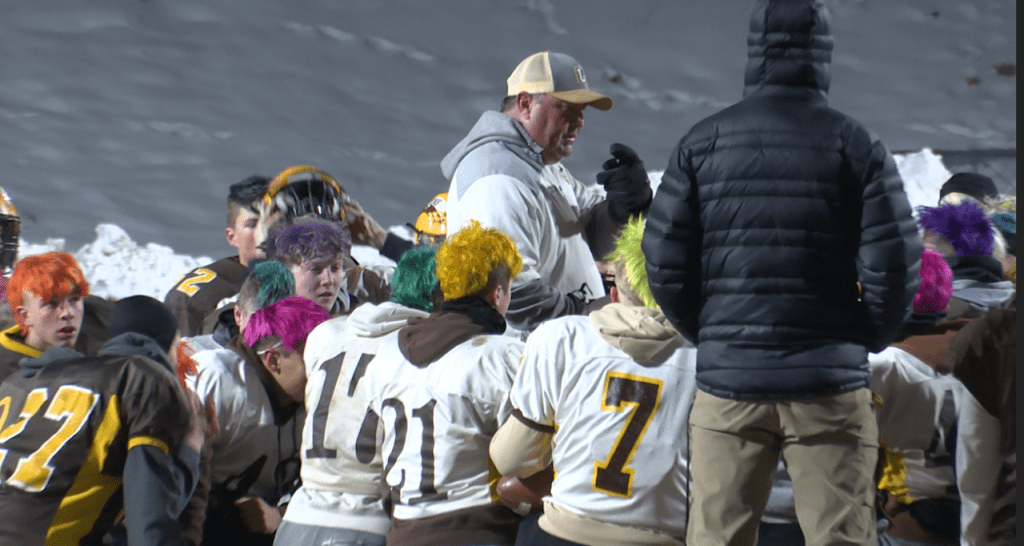 HELENA — The undefeated Helena Capital Bruins are preparing to take on the 9-2 Bozeman Hawks in the class AA state championship game Friday night. The Bruins saw the Hawks in their first game of the season, defeating them 28-21, Capital’s closest game all season.

“You know, they’re super physical and they got weapons all around. So it’ll be a great game for sure,” senior wide receiver Tom Carter said.

“Yeah, they’re well coached, they block to the whistle. They hustle every play. So we just gotta go out there and execute,” tight end Hayden Opitz added.

Bruin head coach Kyle Mihelish says he has his squad focused on blocking out the noise ahead of Friday’s State Championship. He also says the Hawks are much improved since his squad saw them last back in August.

“We have the same urgency we’ve had all year. You know, just execute and take care of the ball, score, hustle,” Carter said.

Much of the Bruins scoring and hustling comes from Carter with a total of 22 touchdowns and 1,897 total yards on the season. Carter has scored at least one touchdown in each game of the 2022 season.

As for senior TE Opitz, he’s only come out of one game all season without a TD- Mihelish calls him an H-type player who is equally as good at blocking as he is catching. Together these two seniors make a perfect one two punch for the Bruins’ offense.

“We just play a small role. It’s a great scheme, you know, because we have really great guys around us making plays as well and just opens up a lot of things for us,” Carter said of his offensive unit.

Another aspect that sets this undefeated Bruins team apart is their dual-quarterback system between seniors Joey Michelotti and Hudsen Grovom.

“I love it [having two quarterbacks]. Honestly, they’re both great guys, love being around them. And they both bring like different things to the table but they do a really good job when they’re out there,” Carter said of the QBs.

The senior offensive pair says this Friday’s game is one they’ve been waiting for for a long time, and that the game will come down to who is able to execute.

“[The locker room is] Super locked in. You know, like we obviously have Mohawks but it’s all business this week. It’s the last chance to get it done,” Carter said.

“Yeah, we’ve been talking about this season ever since we were middle school. So we just want to lock in and hopefully get it done,” Opitz added.

Kick off is set for 7 pm at Vigilante Stadium.