Every New York pop-up must have its merch, and Lucien and Burberry have produced a small run of novel restaurant-y things like crockery, coasters, and napkins, as well as co-branded matchboxes and crayons. There are also the requisite T-shirts, but those are created only “for the shared community of Burberry and Lucien,” the press release confirms, and are, crucially, not for sale.

On Wednesday night, that community gathered at the Burberry-fronted Lucien for the launch, and to share memories of the space. Model and filmmaker Coco Baudelle worked as a hostess here when she first moved to the city, which is also when her incidental doodles of cocktails—in part inspired by “a list someone had made of all the cocktails on Mad Men”—became Lucien’s signature illustrated drink menu.

“I made a selection of what I remembered people liking at the restaurant and what I imagined they would like to be sipping on,” Baudelle recalled via email after the launch party. “That same day, Zac and I brought the menu I had sketched—with a visible paper extension at the bottom and tracing lines—and made copies that we laminated. They were used that same night and have been ever since!”

When Zac, who took the helm after his father passed away in 2019, asked Baudelle to draw a new menu for the Burberry launch, she says, “it felt like we were right back to where we began. On the brink of a sizzling, sweaty summer in the most exhilarating city in the world. With a Lucien party T-shirt! It brought back sweet memories.”

For artist Lucien Smith, the evening was an ideal excuse for a night out. “It was nice to leave the house for a change,” he shared via email. “Loved the check chairs and umbrellas, very elegant.” 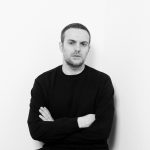 Phil Spencer Defends Future Of Halo Amid Cuts And Criticism