Democrat Mike Franken launched his first ad in the general election on Tuesday, putting a spotlight on his military experience as he makes his pitch to Iowans in the election for U.S. Senate.

In the ad, Franken, sporting a Navy cap in front of an Iowa cornfield, says he spoke “truth to power” in his time in the Navy, and that he would continue to stand up to corporate interests as a U.S. senator.

A former admiral, Franken says in the ad he was “that one person to speak out against the Iraq invasion” under President George W. Bush, and updated a system under President Barack Obama to improve military intelligence.

“I’m Michael Franken, and I approve this message because corporate special interests are ripping off Iowa families,” he says in the ad. “We need a Senator who doesn’t take their money, and isn’t afraid to speak truth to power.”

“Admiral Michael Franken is a patriot and a public servant who has always spoken truth to power while serving both Democrats and Republicans,” campaign spokesperson C.J. Petersen said in a press release. “But while Admiral Franken is no stranger to speaking truth to power, Senator Chuck Grassley has taken millions of dollars from powerful corporate special interests during his 47 years in Washington.”

The campaign will spend $160,000 on the ad to air in the Des Moines and Cedar Rapids media markets.

In the July Des Moines Register/Mediacom Iowa Poll, Grassley held an 8 point lead over Franken, the lowest lead Grassley has posted over an opponent in the poll since his first election to the Senate.

In a statement, Grassley campaign spokesperson Michaela Sundermann pushed back on the claims made in the ad, including Franken’s refusal of corporate PAC money.

“He says he speaks truth to power, but he’s bragged about misleading his commanding officers with false information to influence foreign policy,” Sundermann said. “He pledged not to take corporate money, but he broke his word and is raking in thousands of corporate PAC dollars…Mike Franken talks out of both sides of his mouth depending on who’s listening. He cannot be trusted to represent Iowans.

Republicans have criticized this as hypocrisy, but End Citizens United, a group seeking to overturn the 2010 Supreme Court decision that allowed increased corporate spending on elections, maintains leadership and corporate PAC donations are not equivalent.

The Congressional Leadership Fund, the super PAC aligned with House Republican Leader Kevin McCarthy, announced it has reserved another $37 million in TV time for the last two months before the midterms.

The new wave of ad reservation spans at least 20 congressional districts, including two in Iowa where the CLF has reserved $2.35 million in TV reservations for ads to defend and help re-elect House GOP incumbents in Eastern Iowa.

In Iowa’s 2nd Congressional District, U.S. Rep. Ashley Hinson, R-Marion, is being challenged by Democrat Liz Mathis, a nonprofit leader and state legislator from Hiawatha. Hinson is serving her first term in the U.S. House after unseating first-term Democratic congresswoman Abby Finkenauer in 2020.

As Axios reported, the additional buy from the Congressional Leadership Fund is seen as a response to growing talk about Democrats finding a narrow path to maintain their majority in the midterm elections, with candidates and allied groups hoping to capitalize on voter backlash to abortion restrictions, signs of improvements in the economy and opposition to those aligned with former President Donald Trump.

Wyoming Republican Harriet Hageman, who defeated incumbent Republican Liz Cheney in a primary for the state’s sole U.S. House seat this month, will head to Iowa to campaign for Republican House candidates.

“Harriet Hageman fought back against the D.C. swamp and WON,” Iowa GOP Chair Jeff Kaufmann said in a press release. “That is exactly our goal here in Iowa: send a clear message to the Democrat elite that we are fed up with them trying to control our lives.”

Cheney has been outspoken in criticism of former President Donald Trump’s efforts to overturn the 2020 election, and is one of two Republicans on the House committee investigating the Jan. 6 capitol riot.

Her opposition to Trump drew criticism from state and national Republicans, inviting a primary challenge from Hageman in the Aug. 16 primary. Hageman won with 66.3% of the vote, while Cheney received 28.9%. 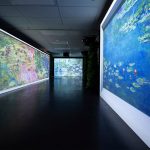 Your fall arts and entertainment guide for New York City 2022