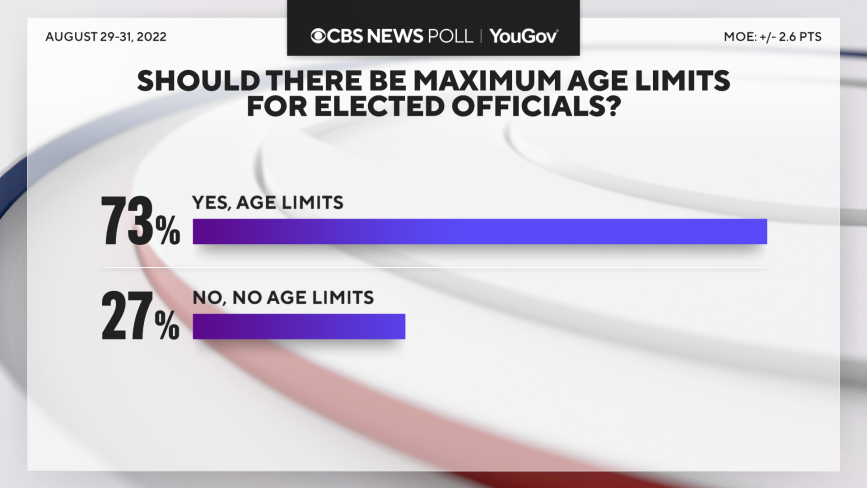 We live in an era of stark political division, but there’s at least one aspect of politics both sides agree on: a maximum age limit for elected officials. Most feel that after a certain age they should not be permitted to hold office.

There isn’t just agreement across political lines, but across demographic groups, like age, too. Young and old, including seniors, favor maximum age limits for elected officials.

And far more Americans believe additional young people in elected office would be a positive for U.S. politics than a negative.

So what should that age be? When offered a list of ages, Age 70 is the top answer chosen. This is older than the current average age of members of Congress, but about a third of current U.S. senators are 70 years of age or older.

While young and old alike think elected officials should not be permitted to serve after a certain age, younger Americans are a bit more likely than older people to put that maximum age at 60 years old.

This CBS News/YouGov survey was conducted with a nationally representative sample of 2,085 U.S. adult residents interviewed between August 29-31, 2022. The sample was weighted according to gender, age, race, and education based on the U.S. Census American Community Survey and Current Population Survey, as well as to 2020 presidential vote. The margin of error is ±2.6 points.