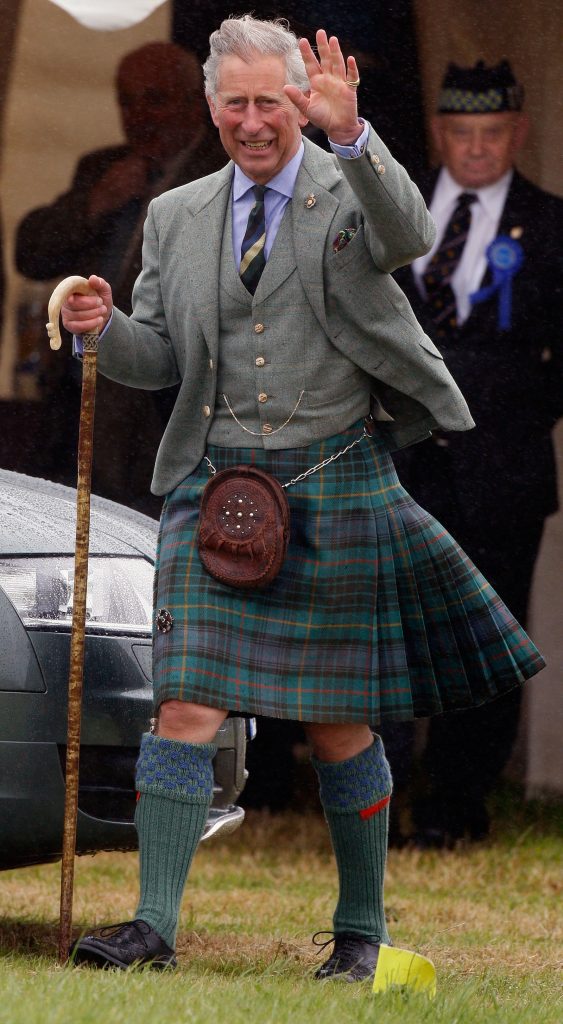 King Charles III, who assumed the throne yesterday following the death at age 96 of his mother, Queen Elizabeth II, brings to the job a long list of priorities and interests. As the Prince of Wales, Charles’s royal portfolio included tackling climate change, promoting the opera and theater, and tending to his organic garden. More surprising, perhaps, has been his affinity for fashion: he’s spent decades aligning his enthusiasm for clothing with the influence of his public position. You might call him the menswear monarch.

The late Queen is credited with inventing fashion diplomacy, but her eldest son is more like a walking ambassador for a passionate and responsible personal style. He is known to claim that when it comes to fashion he’s “like a stopped clock,” and he told British GQ in 2018 that he is fashionable “once every 25 years.” But few men look as deeply comfortable in clothing as Charles does when he wears low-buttoned double-breasted blazers, or vividly-colored Scottish tartan kilts, or dusty safari jackets and dungarees tucked into knee-high riding boots. He makes elements of a wardrobe that don’t look particularly approachable look beautiful and simple, like he’s stepping out in a pair of PJs rather than a traditional morning suit.

Of his many royal duties and areas of advocacy, the one that reads most naturally for Charles is his work on behalf of the British fashion industry. “I’m lucky,” he told British Vogue editor Edward Enninful in 2020, “because I can find marvelous people who are brilliant makers of the things that I appreciate, and because of that, I try to keep them going for longer.” In addition to Anderson & Sheppard, he has a longstanding relationship with Turnbull & Asser, which makes his shirts, and John Lobb, which makes his shoes. His clothes are expensive, sure, but he embraces the traditionalists who undergird London’s status as a fashion capital not because they scream luxury, but because the work they do is, in his view, important. Important for the national character, sure, but equally so because the work is honest and dignified. When the industry began facing a shortage of craftspeople in recent years, Charles helped establish a training program in traditional techniques for fashion students.

And long before ecological responsibility became a widespread concern among fashion designers and consumers, Charles exemplified an approach to dressing that minimizes waste. He has a tweed coat, made by Anderson & Sheppard, that he has worn in four separate decades. At Prince Harry and Meghan Markle’s wedding, he donned a morning coat he first wore in 1984. When, in 2020, Enninful asked him if he thought of having something new made for the obsessively-documented nuptials, the then-prince coolly replied: “I’ve considered it,” before discussing the virtues of shoe repair. In 2018, his interest in a circular apparel economy culminated in a partnership with the British Fashion Council to officially promote sustainability in the industry. Two years later, his foundation, in partnership with those fashion students, released a sustainable fashion capsule collection with Yoox Net-a-Porter.