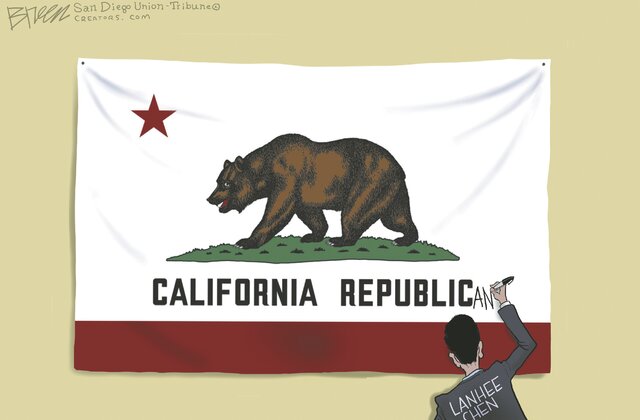 BEIJING (AP) — China’s trade growth rebounded in May after anti-virus restrictions that shut down Shanghai and other industrial centers began to ease.

China’s trade has been dampened by weak export demand and curbs imposed to fight outbreaks in Shanghai, site of the world’s busiest port, and other cities. Consumer demand was crushed by rules that confined millions of families to their homes.

Forecasters have cut estimates for China’s economic growth to as low as 2% this year, well below the ruling Communist Party’s target of 5.5%. Some expect activity to shrink in the quarter ending in June before a gradual recovery begins.

Most factories, shops and other businesses in Shanghai, Beijing and other cities have been allowed to reopen but are expected to need weeks or months to return to normal activity.

“Exports showed considerable resilience in May despite the impact of the protracted lockdown in Shanghai,” said Rajiv Biswas of S&P Global Market Intelligence in a report.

China’s politically sensitive global trade surplus widened by 82.3% over a year earlier to $78.8 billion. That was among the highest monthly trade gaps but below December’s record $94.4 billion.

Exports to the United States rose 15% over a year ago to $51.9 billion despite lingering U.S. tariff hikes on Chinese imports in a dispute over Beijing’s technology ambitions. Imports of American goods rose 21.2% to $15.8 billion.

Import figures got a boost from higher global prices for oil and other commodities while the volume of foreign goods bought grew less strongly.

The export rebound is likely to be temporary due to “growing headwinds” as high inflation and rising interest rates weigh on consumer purchasing power, said Sheana Yue of Capital Economics in a report.

China’s growing purchases of Russian energy are irritating Washington and its allies at a time when they are enforcing trade and financial sanctions to punish President Vladimir Putin’s government for its Feb. 24 invasion of Ukraine.

Beijing declared ahead of the attack that it had a “no limits” friendship with Moscow. It criticizes the sanctions but has avoided helping Putin for fear of losing access to Western markets and the global banking system.

The Port of Shanghai says the number of cargo containers handled each day returned to 95% of normal by late May. However, a backlog of tens of thousands of containers is likely to cause delays that will be felt around the world.

Authorities responded to complaints about the soaring cost of “zero-COVID” by switching to a more targeted approach of isolating buildings or neighborhoods with cases instead of cities. But some areas covered by restrictions that have closed shops, factories and offices for weeks at a time have millions of inhabitants.

China’s economy grew by a weak 4.8% over a year earlier in the quarter ending in March. That was an improvement over the 4% rate in the final three months of 2021, but the current quarter’s economic indicators are dismal.

Auto sales in April fell by almost half from a year earlier. Retail spending was off by a worse-than-forecast 11%.

The ruling party is trying to shore up growth with tax refunds to entrepreneurs, easier credit and spending on building public works. The World Bank warned this week such “old playbook” policies might delay efforts to encourage growth based on consumption instead of debt-fueled investment.

High debts “store up further risks down the line,” the bank’s chief China economist, Ibrahim Chowdhury, said in a statement.

As Shanghai reopens, factories plan to have only half their employees on the job at one time to limit disruptions if there are more quarantines, according to foreign business groups. That will weigh on demand for imported components and raw materials.

“It will be months at least, and possibly years, before all the people who were working get back to work,” Carl B. Weinberg of High-Frequency Economics said in a report this week.