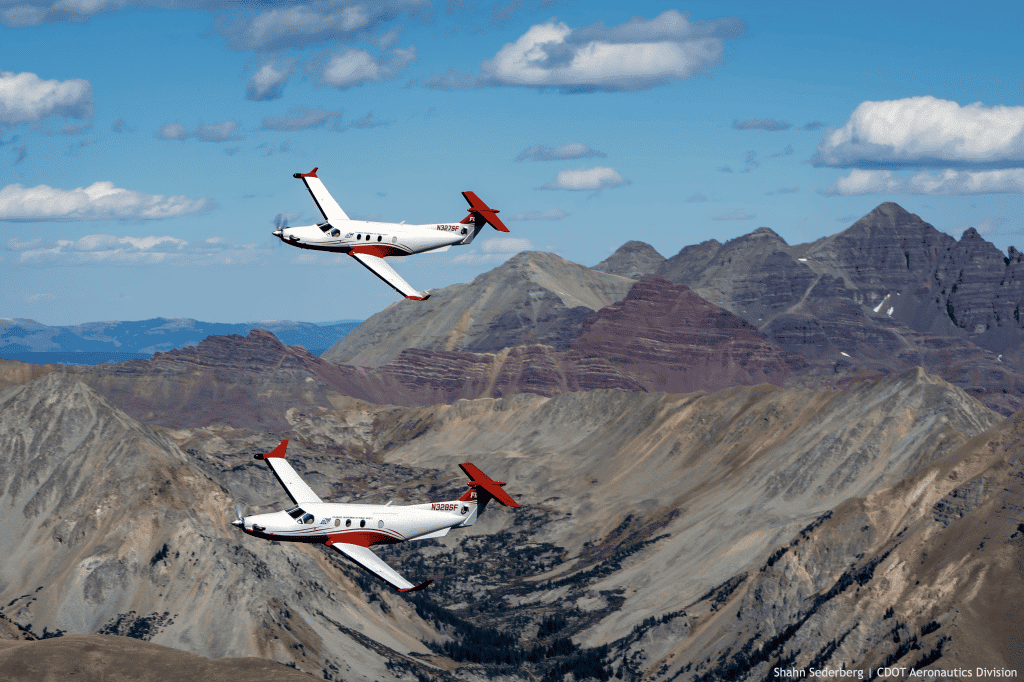 Wildfires are a top concern in Western Colorado, but infrared and geospatial technology are helping the state better prepare on the ground with a more keen eye in the sky.

“The camera is a military grade camera just like they use for a lot of defense-type missions,” said Bruce Dikken, northwest deputy chief of the Colorado Division of Fire Protection and Control. “It’s very precise, tells you exactly where you’re looking at.”

The program was the first in the nation like it.

“It’s hard to know exactly where a fire is if it’s burning up a specific canyon or mountain or hillside, without being able to actually see it,” he said. “You can see it from an airplane or a helicopter, but one of the things that the infrared does, is the infrared sees through the smoke.”

Colorado has two such planes stationed in Centennial, and they are able to get to the majority of the state in less than an hour if the weather does affect takeoff. Both aircraft are Pilatus PC-12 airplanes, which are turbo-prop aircraft that can safely cruise at altitudes above 20,000 feet.

“So far this year, we have found 81 new fires; 75 of those were within the state of Colorado,” Dikken said.

The planes are equipped with infrared and color sensors controlled by two sensor operators from the Division of Fire Prevention and Control Wildland Fire Management staff and flown by a pilot.

The plane is integrated with a geospatial database that displays incident images and details to local fire managers through a web application called the Colorado Wildfire Information System, according to the Colorado Division of Fire Prevention and Control.

“They use that computer system, not only to manipulate cameras but also to do the map drawing, create reports and email things and all that kind of stuff,” Dikken said.

Primarily, the aircraft are used to detect fires, but they also provide real-time information to ground forces — a tactic used during the Grizzly Creek Fire.

“Every day, while it was going on, we would fly over the fire,” he said. “With the camera, we’d have the ability to trace the outside perimeter of the fire, put that on the map and send that to the people on the ground so that they know exactly where the fire is and where they need to put their efforts.”

The operators who work in the back of the airplane also have the ability to map near where lightning struck and check the area for fires that aren’t smoking yet.

“On board, they can pull up the lightning map and actually follow where lightning struck and go look at those areas specifically,” said Ryan McCulley, northwest deputy district chief of the Division of Fire Prevention and Control.  “If a certain area received a lot of lightning, they can really go and search that area and see if they can find any new fires.”

The fire in the infrared camera makes the fire pop out, said McCulley. In the past, the state would have to wait to spot smoke from planes, which could be unpredictable for suppressed fire in secluded areas.

“People see smoke, and they call 911, is one way which still happens,” he said, “but historically, it would just be getting somebody up in an aircraft and looking for smoke.”

It’s an asset to the state of Colorado with broad applications, Dikken said. Although it was purchased specifically for wildland fire, it has many capabilities whether that be search and rescue, managing floods or even assessing a mudslide.

“I think about Glenwood Canyon and some of the mudslides,” he said. “It would have been a great tool because it would have let people know what the damage was probably long before they actually were able to get in there and assess it. So it’s a tool, it’s available for all of those things.”