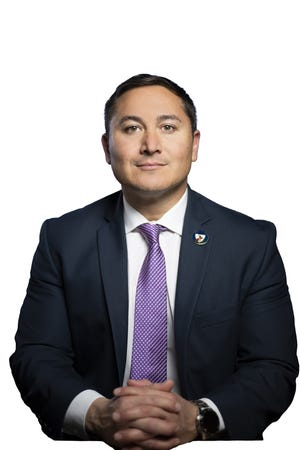 This is the second in a series of three opinion columns by Mario Chavez.

If Shreveport were a party, that is the party, I would belong to. When I decided to run for Mayor of Shreveport, I spent much time in prayer, speaking with my wife, and talking to Godly counsel. One thing I learned is what God’s Word says about foundations. Hebrews 11:10 says, “For he looked for a city which hath foundations, whose builder and maker is God.” I came to the conviction that for too long our city had been creating a foundation of politics over people. For too long in Shreveport, it has been about dividing people, families, and communities.

All you must do is open social media; you will see that divide. We need individuals who hold public office to realize they work for the people. We need leaders who are not looking for a job, a career, or a name; we need people in office who truly desire to put Shreveport first. It is about every part of our city. We must stop separating neighborhoods in Shreveport. We must find common ground in our city. We spend so much time focused on differences in our city, we need to begin to talk about what we have in common, celebrating and highlighting what unites us. Our city is crying for leaders who focus on what will unite more than what will divide.

The issues that plague Shreveport cannot be solved by one person, one party, or one idea. We know to truly transform our city, it is going to take a community willing to put differences aside, meet in the middle, and work together to fulfill a common goal. That common goal is a city we can be proud of. We have all gone to other cities and seen wonderful things and thought “why can’t Shreveport have this?” WE CAN. The bible tells us “The people perish where there is no vision.” Shreveport has lost her vision. We as a city must collectively decide today, we are going to become the city we envision and have longed for. This campaign, our campaign, is not about running for political office, it is about identifying what divides us politically, racially, and economically, and setting those differences aside for the benefit of us all. I have lived in Shreveport for almost three decades, and I have never seen the issues we face today in a more dire situation.

Shreveport’s infrastructure is crumbling as we fight over politics.

Shreveport has lost hope as we fight over politics.

Shreveport’s people are leaving as we fight over politics.

Politics and promises are not what is needed. From our recreation to our roadways, from our city services to the way we address indifference and crime, it is far past time that we let our allegiances to one political party hinder our progress when it comes to our home. For the past 6 years, I have had the honor of serving nearly 20,000 citizens in Southern Hills. We have seen new businesses come to Southern Hills, created new community events, neighborhood cleanups, and so much more. It has been unbelievable. For too long Shreveport has been divided. It’s time we do in Shreveport what we have done in Southern Hills. It is time for us all to come together.

People know when you work for them. They know when you have their best interest at heart. I firmly believe if you ask the people of Southern Hills, they know I have worked for them, and I will continue to work for them. My district is majority African American, and as a Latino, I was able to unite a community together. That same model is exactly the model we will utilize in the entire city. Hard decisions need to be made for our city, but those decisions need to be what is best for all and not just a few.

Many have stated that when I announced I was running as “No Party” it was political suicide. Those comments demonstrate a lack of understanding for what Shreveport needs and frankly is demanding. Comments like that place politics ahead of people. Numbers do not lie. The Louisiana Secretary of State voter registration numbers for Caddo Parish have consistently declined. From July 2021 to July 2022 Caddo has lost nearly 2,000 registered voters. Do you know the only growth in registration there has been in Caddo and Shreveport in the last year regarding voter registration, No Party or Other Party? The citizens of Shreveport are not only verbally saying they have had enough of party politics, but they are demonstrating the same in registrations.

I decided that instead of asking people to cross party lines to vote for me, I would meet them in the middle. That is exactly what our campaign has done, will do, and what our time serving you, the citizens of Shreveport will look to accomplish. We long to create a city that is focused on People over Politics.

Since we announced a “No-Party” candidacy, many have asked, “Can I vote for you, even if I’m affiliated with a party?” Absolutely, you can. Louisiana conducts local and state elections using what is referred to as an open primary system. That means regardless of your party, or even no party, you can vote Mario Chavez for Mayor. This is great news because Together, Shreveport Wins!

It is time to choose People Over Politics for Shreveport!