Over the last 31 years, the Sonic the Hedgehog fan base has dashed through several distinct eras. The Classic Era let fans platform through brilliantly designed 2D stages, while the Modern Era gave us the Adventure games and Boost games, and that’s not even counting the Sonic Boom titles. Now, with the movies setting box office records and reinserting everyone’s favorite blue hedgehog back into the mainstream consciousness, a new era for Sonic the Hedgehog games could very well be upon us. With Sonic Frontiers, Sega and Sonic Team could hope to welcome fans to the Open-Zone Era of the franchise.

For this issue’s cover story, I traveled to Burbank, California to Sonic Team’s U.S. headquarters to play hours of Sonic Frontiers. I spent that time exploring Kronos Island, fighting enemies, solving puzzles, uncovering secrets, and helping friends. I also got to speed through several of the recently announced Cyber Space stages. Within this massive 16-page cover story, I talk to members of Sonic’s past and present to learn about how the franchise bounced back from its more challenging years to once again aim for a spot as video game royalty. You’ll learn more about the history of Sonic, the brand’s recovery efforts after a string of less-than-satisfactory titles, how the movies and TV shows fit into the broader brand picture, and where the Sonic franchise goes from here. Of course, that’s on top of my full hands-on impressions of Sonic Frontiers.

However, there’s so much more within the pages of this issue. Kimberley Wallace provides an excellent feature on how Open Roads changed direction during its tumultuous development cycle, Matt Miller gets an early look at Stormgate, the new RTS from talent that previously worked on games like Warcraft III and Starcraft II, and I go deep with the development and improvements of Madden NFL 23. Meanwhile, Blake Hester went spelunking with Spelunky creator Derek Yu and lived to tell the tale. We also have a big previews section, full of new looks at games like Marvel’s Midnight Suns, MultiVersus, A Plague Tale: Requiem, Saints Row, Call of Duty: Modern Warfare II, Final Fantasy XVI, Redfall, and Street Fighter 6. You can expect all that and more in this stacked issue of Game Informer.

Our cover art this month is created by Evan Stanley, a Pacific Northwest illustrator and writer, who has worked on the official Sonic the Hedgehog comics, TV shows, and more over the last decade. She has worked on both the IDW and Archie Comics runs and worked with Sega and Game Informer to create two unique pieces of art. The main cover art for this issue features Sonic running through the open-zone setting of Sonic Frontiers, while the collectible Game Informer Gold cover pays homage to the first issue of Game Informer, which featured Sonic’s debut game on the cover. Limited to a numbered print run per issue, this premium version of Game Informer isn’t available for sale. To learn about places where you might be able to get a copy, check out our official Twitter, Facebook, and Instagram, and stay tuned for more details in the coming weeks. Click here to read more about Game Informer Gold.

Print subscribers can expect their issues to begin arriving in the coming days/weeks. The digital edition of this issue launches on June 29 for PC/Mac, iOS, and Google Play. To subscribe to either the digital or print version, click here. 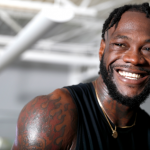 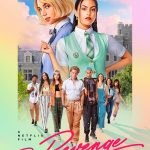 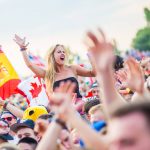 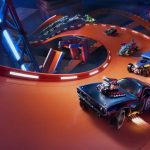