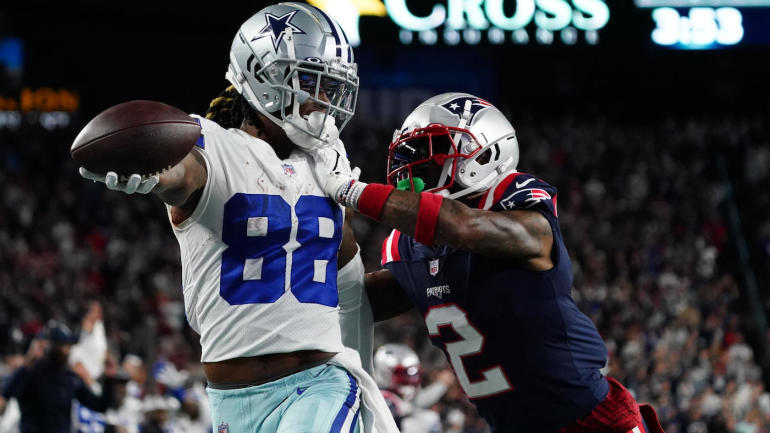 The 2022 NFL season is just a couple months away, and this early July spot is where we can revisit Caesars Sportsbook. With win totals and season props having been up on the board for months now, the market has settled a bit. Now, we can examine some trends to see where bettors are leaning.

According to Caesars Sportsbook, CeeDee Lamb of the Dallas Cowboys has received both the most tickets (12 percent) and the most dollars wagered (19 percent) to lead the NFL in receiving yards this upcoming season. Lamb is currently +1600 to lead the league in receiving yards, which gives him the seventh-shortest odds. He actually opened up at +2500, but was bet down to his current number.

The third-year wideout out of Oklahoma set career highs across the board in 2021 with 1,102 receiving yards and six touchdowns on 79 catches. He even missed a game in the middle of the season. Lamb’s 1,102 yards ranked No. 16 in the NFL, but bettors are expecting a big jump from him in 2022.

Amari Cooper is no longer with “America’s Team,” and it’s possible Michael Gallup could miss a couple games after tearing his ACL late in the year. Lamb led the Cowboys in targets, receptions and receiving yards last year, but bettors see him building on his career campaign in 2022.