Although the RPG attack on a key police facility did not cause any injury, it brought back memories of terrorism in Punjab. Seizing on such fears, several Opposition leaders issued warnings about the revival of terrorism in the border state as they fired salvos at the AAP government, questioning its experience and capacity in dealing with serious issues related to security and law-and-order.

They flagged a string of such incidents that occurred across the state over the last one month – starting with pro-Khalistan posters springing up outside the Ropar SSP’s office last month and communal clashes in Patiala, to hoisting of Khalistan flag outside the Malerkotla deputy commissioner’s office and vandalism of Maharana Pratap’s statue in Kahnuwan, to the seizure of an RDX haul. A few days ago, pro-Khalistan flags and slogans were found at the outside gate of Himachal Pradesh’s Dharamshala Vidhan Sabha.

These cases have given the Opposition potent ammunition for unleashing attacks on the ruling AAP, which stormed to power in Punjab in March in a stunning triumph that saw all its political rivals getting decimated.

Broken windows at the Punjab Police’s Intelligence headquarters in Mohali after the attack. (Express)

Hitting back at the Opposition parties over the RPG incident row, the AAP has charged that they have not been able to reconcile with its “popularity” among the people of Punjab and were just venting their “political frustration”.

Although there is a view in some quarters that last night’s incident was aimed at sparking fears instead of harming anyone as the RPG was fired at the building at a time when many police officials had left the office after finishing their day’s work, others claim that such attacks were not heard of even during the dark days of terrorism in the 1980s.

“I have been a police officer on the forefront during the terrorism period. Even then, we did not see Punjab police’s intelligence office or headquarters being reduced to such sitting ducks. The terror group, responsible for the attack, has dared to do it. It has to be taken seriously, otherwise we will be conveying a message that they can do anything and get away,” said a retired police officer on condition of anonymity.

Hitting out at the AAP dispensation, the Congress’s Leader of Opposition in the Punjab Assembly, Partap Singh Bajwa tweeted, “The deteriorating law & order situation in the State is alarming. Patiala/ HP/ Kahnuwan and now a military grade attack on @PunjabPoliceInd ‘s Intelligence HQ in Mohali. I urge @BhagwantMann ji to review the security situation and call an All Party Meeting to let us know steps taken to maintain the peace & security in Punjab.”

In his critical remarks, Punjab Congress president Amrinder Singh Raja Warring said, “Please take action Bhagwant Mann ji. It may not be too late. Punjab is caught up in several incidents related to terror. Such incidents remind of the past, this should be taken seriously, decisions should be taken after holding discussions.”

Former chief minister Capt Amarinder Singh repeated his concerns over the danger of terrorism’s revival in Punjab. In a statement, he cautioned against the new government’s “inexperience”, saying that Pakistan would not leave any stone unturned to foment trouble in the border state. He advised the government to take every possible step to tackle the situation, pointing out that Punjab had paid a heavy price in the past due to the terror menace and could not afford its resurgence.

On his part, CM Mann, who has completed 55 days in office now, said the Mohali attack was a bid to disturb peace in the state. “Some anti-national elements keep at it. But the social fibre is very strong in Punjab. Such elements do not succeed. I have had a meeting with DGP VK Bhawra and intelligence officers about last night’s Mohali incident. We are getting to the roots. Some people have been arrested and some more will be arrested. Whosoever has tried to threaten peace in Punjab will not be spared. His coming generations would remember the punishment. The police officers are at it. There will be a breakthrough soon.”

Gunning for the Opposition, the Punjab AAP’s general secretary Harchand Barsat tweeted: “Attack on Punjab police intelligence headquarters is a conspiracy to dilute the credibility of the Mann government elected by & for the welfare of the people of Punjab. I strongly condemn this attack. Investigation is underway and all the culprits shall be brought to justice soon.”

AAP MLA Jasveer Raja Gill, in a brief video message, said, “CM has broken the back of gangsters and drug lords, But Opposition is not able to digest it. They do not want there should be peace in Punjab. But Mann government is a strong government and we will not spare anyone.” 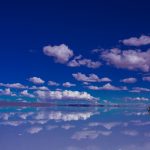