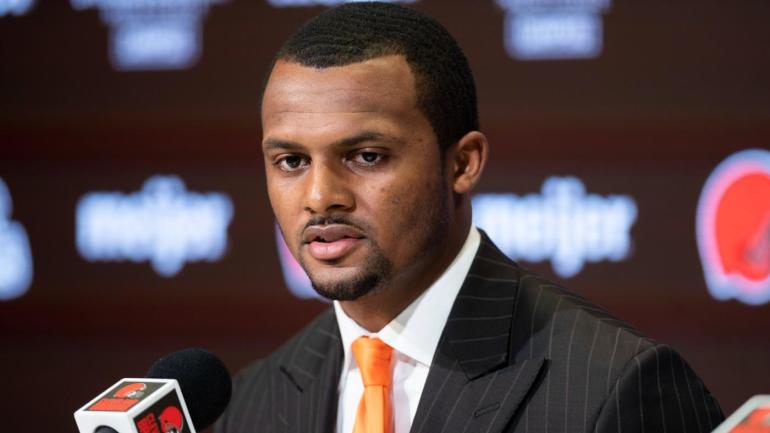 The NFL world awaits a decision on Cleveland Browns quarterback Deshaun Watson’s status for the 2022 season, as the league appealed the six-game suspension that disciplinary officer Sue L. Robinson handed down due to allegations of sexual misconduct. The general consensus is that the NFL will counter with a more severe punishment, but there’s reportedly a happy middle that could possibly satisfy both sides.

According to The Associated Press, Watson would accept an eight-game suspension and a $5 million fine. This could come in the form of a settlement, but the thought is that the NFL will come down much harder on Watson. The league reportedly argued for Robinson to deliver an indefinite suspension initially. In the appeal process, however, it is not Robinson who will make the final decision, but former New Jersey Attorney General Peter C. Harvey — who was appointed by NFL commissioner Roger Goodell. Once again, the NFL will be seeking an indefinite suspension of at least one year, plus a fine, according to CBS Sports NFL Insider Jonathan Jones.

Commissioner Goodell spoke on the Watson case this week, stating that the quarterback’s actions were “egregious,” and that he showed “predatory behavior.” He also called for a full-season ban.

“We’ve seen the evidence. [Disciplinary officer Sue L. Robinson] was very clear about the evidence, should we enforce the evidence. That there was multiple violations here, and they were egregious, and it was predatory behavior,” Goodell said, via NFL.com. “Those are things that we always felt were important for us to address in a way that’s responsible.”

This ruling on appeal must be completed on an expedited basis, and it has been over a week since the league made the decision to fight Robinson’s ruling. While Harvey’s decision will be final, there have been conflicting reports concerning the NFLPA, and if they will decide to sue the NFL over the ruling in federal court.

What’s interesting is that the Browns kick off the preseason on Friday against the Jacksonville Jaguars. Right now, Watson is eligible to play in the game — and the Browns have announced their intention to start him. However, if the NFL comes down with its decision in the next 24 hours, it could stop him from suiting up.