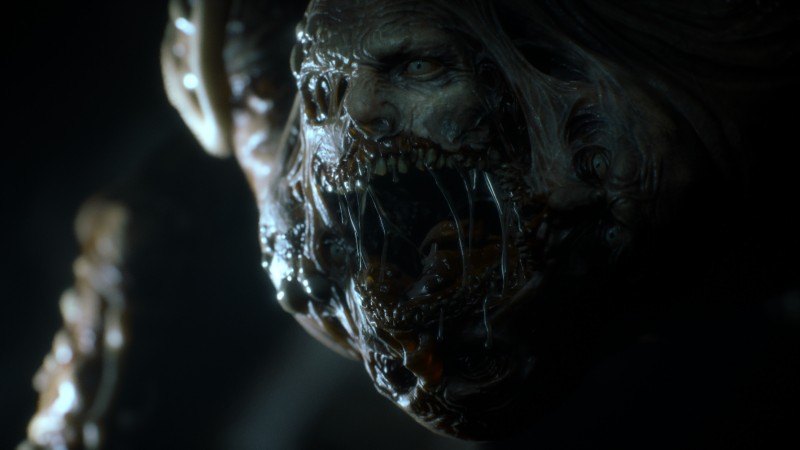 The Biophage, The Callisto Protocol’s monstrous antagonists, are as mysterious as they are deadly. To understand the design process behind the Biophage and the game’s copious amounts of gore, we spoke with Striking Distance’s Character Director Glauco Longhi to learn how the studio created nightmares it hopes will terrify players.

Longhi tells us the Biophage was born out of the studio’s philosophical desire to create enemies grounded in reality while also applying their own creativity. He even cites realism as one of his personal pillars of what makes the most effective horror monster.

“It has to feel grounded, it has to feel real,” Longhi explains.  “It doesn’t have to be real, but it has to feel real, right? That can mean many different things. But in my opinion, it has to be interesting, and captivating, and intriguing, and maybe disgusting…but ultimately, you got to believe that it’s real, or it could be real. So [we’re] really try to hone into the believability of what we’re doing.”

This focus on delivering hyper-realism led to its artists looking up all kinds of horrifying reference materials, such as human deformations and infections. By taking these realistic elements and applying their own personal twists, Striking Distances’ design team crafted adversaries Longhi describes as “very gross and interesting and dynamic.”

One specific inspiration for the Biophage came from the animal kingdom. Longhi explained that the Proboscis Worm, an insect infamous for vomiting its own intestines (here’s an example clip Longhi shared with us if you want to ruin your day) set a barometer for the level of disgust the studio wanted to achieve with its monsters.

By capturing that realism and brutality, Striking Distance wants players to feel uncomfortable just looking at the Biophage, let alone getting killed by them. The game’s extremely violent death animations are designed to instill a potent fear of death. One such sequence came courtesy of a fearsome creature affectionately referred to as “Big Mouth” by the team. A humanoid creature sporting two gaping maws filled with jagged teeth, we watched its mouths put to good use in a demo where it clamped onto Jacob’s head, then shook it around like a dog playing with its favorite chew toy before tearing most of his skull off. All that remained was a bloody, gaping cavity with his tongue still intact for a disturbing touch. Instead of players thinking “oh well, I guess I’ll just reload” the studio hopes people will actively want to avoid witnessing something so horrific a second time.

For Dead Space fans, it may be natural to draw comparisons between the necromorphs and the biophage. When we asked how the team approached avoiding retreading old ground Longhi says that, from his perspective, it was never a concern to begin with.

“I think we were just going with our own vision for this game and trying to design whatever makes sense for this game that we’re making,” says Longhi. “So it’s more of a Callisto Protocol approach on designing the creatures rather than trying to, ‘oh, let’s not do this’, or ‘let’s do that’, or, you know, like, it’s more of, you know, going full steam ahead with what we think it’s going to work for this game.”

To Longhi’s point, designing such a creature requires more than just adding a ton of teeth, claws, and tentacles to make it scary. It’s also important to ensure creatures make sense for the world and are entertaining to blow apart from a gameplay standpoint. 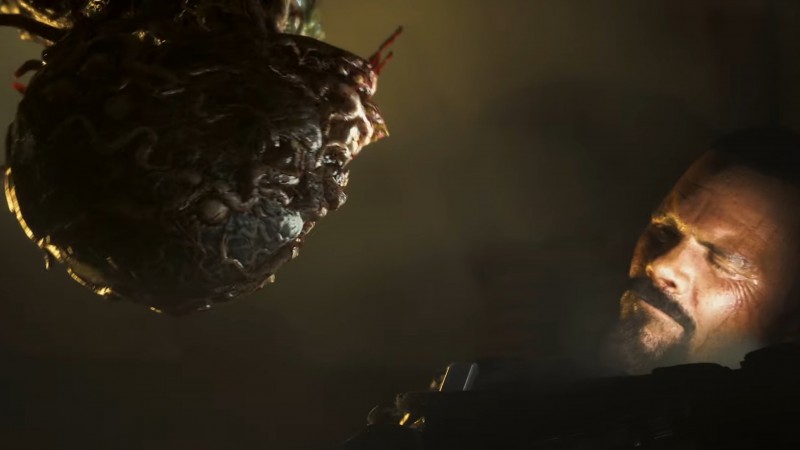 Glauco describes biophage creation as an organic process that embodies, first and foremost, Glen Schofield’s vision and then the needs of the artists who initially designed a monster, animators who have their own ideas, and the combat team who may need a specific type of monster to fit a proposed gameplay mechanic. Something like the Big Mouth started as a two-mouthed creature and then evolved as the parties concocted new ideas for how it could be implemented in-game. Glauco says the team has never ditched a monster idea for being too scary, only when it stopped making sense in the game.

As for the biophage’s narrative origins, Striking Distance is keeping those details close to the vest. Players will have to stare down these gruesome foes themselves if they want to learn the details behind what they are and where they come from. That opportunity comes on December 2 when The Callisto Protocol launches for PlayStation and Xbox consoles and PC. Be sure to visit our cover story hub for more exclusive features and videos.