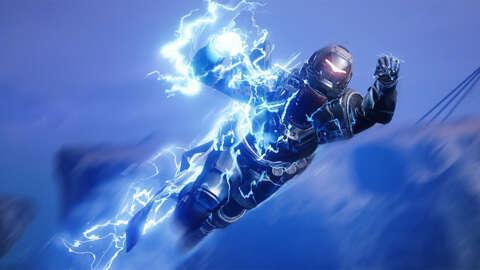 Master Nightfall Strikes are one of the most challenging PvE activities in Destiny 2, but if that activity isn’t challenging enough, try doing it with your movement keys disabled entirely. That’s just what YouTuber Esoterickk did, as they not only completed the challenge with their movement entirely sealed off, but they did so without any teammates to offer battlefield support.

According to the rules that Esoterickk set, the WASD keys were disabled, but jumping, access to a Sparrow transport, and boost control on their Titan was still allowed. For additional movement, sword attacks, the Titan Arc subclass ability Thruster, and Super attacks could propel them forwards.

“Obviously, Arc and Lightning Crystals make this much easier than it otherwise would be, and also being a Master Nightfall instead of a Grandmaster,” Esoterickk wrote. “Otherwise I felt it would be way too tedious and long to do, so at least this way it’s somewhat entertaining still. Not really all that difficult at the end of the day, just something different to do I guess.”

A few other elements increased Esoterickk’s survivability in this encounter, such as a solid selection of Arc Fragments, the Exotic submachine gun Osteo Striga for quickly eliminating hordes of weaker enemies, and the Exotic armor Heart of Inmost Light. With that chest piece equipped and modded to offer more protection, Esoterickk could chain abilities together more fluidly and boost the ones on standby, while also regenerating ability energy more quickly.

Heart of Inmost Light has been an essential item to Titans during Season of Plunder because of how well its attributes synergize with Arc 3.0, and with Esoterickk using that armor to create empowered grenades and melee attacks while the effects of Charged with Light and the Knockout aspect kicked in, the result was a juggernaut of a Titan. The Nightfall Strike for this run was The Disgraced, a fun but challenging mission that throws hundreds of Hive soldiers at fireteams while funneling them into dangerous corridors.

With Champions also lurking about, limited lives, and several modifiers active, this Strike can get particularly challenging. Esoterickk managed to pull through, defeating the Hive Wizard Navota in just under 17 minutes.

For more on Destiny 2, you can read up on how Bungie is looking to make weapon crafting more fun for next year’s Lightfall expansion.