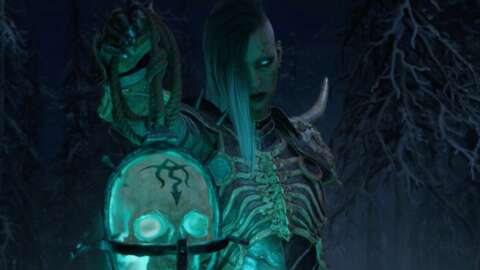 Activision Blizzard will reportedly release Diablo 4 on June 5, 2023. The action-RPG will supposedly be in the spotlight at The Game Awards, where this date and preorders will be announced.

Twitter user Aggiornamenti Lumia apparently found a hidden listing on the Microsoft Store that revealed Diablo 4’s release date. On Xbox, the game will apparently be 80GB in size and come in three different editions: standard, digital deluxe, and ultimate.

Windows Central added that preorders will offer early access to an open beta in the spring, possibly April. The site also said journalists and influencers are currently playing a closed beta of Diablo 4, specifically noting “it’s looking quite fantastic.”

All of this info lines up relatively well with a report from November stating Diablo 4 would launch in April. It was also conveyed at that time the action-RPG would appear at The Game Awards with preorders opening soon thereafter.

It’s unknown if Microsoft’s acquisition of Activision Blizzard could go through before the June release date. If so, Diablo 4 is a prime candidate to come to Game Pass.

Diablo 4 was originally announced at BlizzCon 2019. The dungeon crawler is coming to PC, PlayStation 4, PlayStation 5, Xbox One, and Xbox Series X|S.