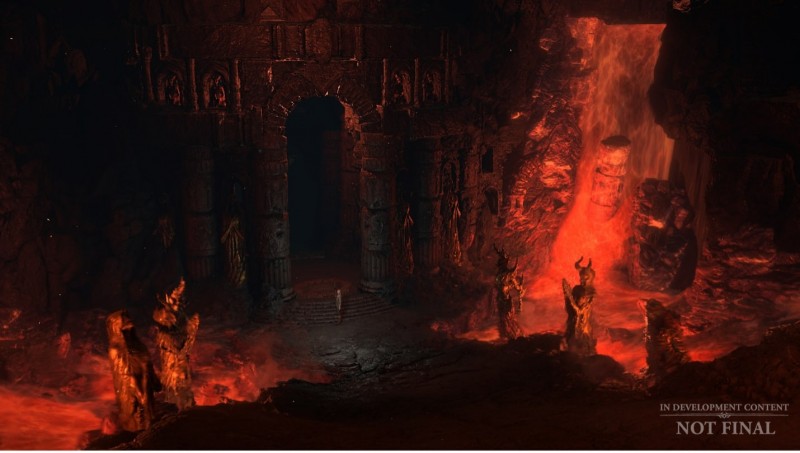 Blizzard released the third Diablo IV Quarterly Update for 2022. Unlike the last one, which focused on the Necromancer class, today’s is all about seasonal content and the team’s post-launch plans.

The studio says it’s aware fans loved Seasons in Diablo II: Resurrected and Diablo III and have asked for even more seasonal support. Diablo IV will feature Seasons, and the first will be available soon after launch. Plus, Blizzard will have a team dedicated to Seasons that will bring players up to four seasons a year, each with major new features, questlines, enemies, legendary items, and more.

“Diablo IV’s Seasons are modeled after those of Diablo III,” the blog reads. “When a new season begins, all the characters from the prior season are moved to the Eternal Realm, where you can keep playing, leveling up, and collecting loot. To play in the new season, you’ll create a fresh character and experience seasonal features and content while leveling up alongside other players.

“This, along with capping paragon points in Diablo IV, ensures that your effort and skill – measured by both dexterity and theorycrafting – determine how powerful your character becomes. It also allows players who missed the last season to participate. This season design requires that all sources of character power come from playing the game, so you will not be able to pay for power in Diablo IV.”

Let’s break down each section of the blog:

Blizzard says each new season of Diablo IV will be released with a “fresh new gameplay feature and questline that introduces new challenges, mysteries, and possibilities into the level-up experience.” Each questline will reveal more of the world of Sanctuary and your character’s place in it. These questlines are also where Blizzard gets the opportunity to introduce new characters or revisit old ones. 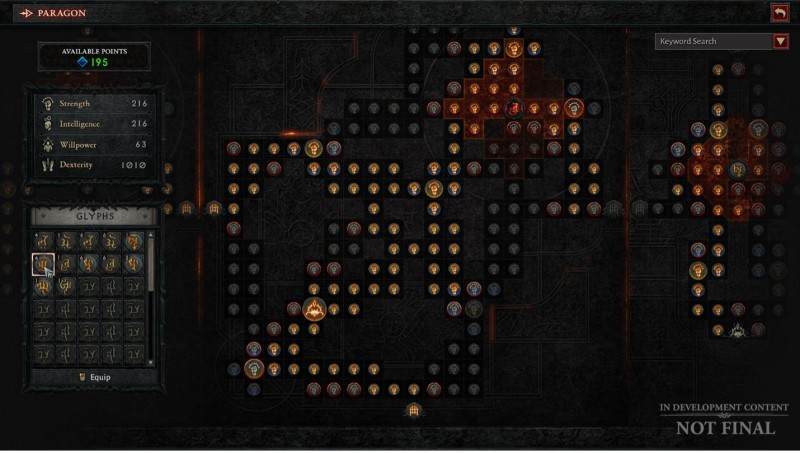 Blizzard says it “will always be evaluating the state of the game to regularly revitalize older stomping grounds.” An example of this is the balance between classes, builds, and powers.

“Diablo is a game that is about creating exciting, overpowered builds, and while we don’t want to balance the fun out of the experience, we don’t want to create situations in which imprecise tuning squashes creativity,” the blog reads. “We will also be constantly adding new legendary and unique items, paragon boards, and glyphs, and more that will continually refresh the meta and create new build opportunities.”

The team says it will identify quality-of-life features and polish work that can be done to improve the overall game experience, and it invites the community to vote upon their priority. Blizzard says the team can’t always switch to tackle problems immediately, but that “you can rest asured that we will be active in improving the quality of the game experience for years to come.” 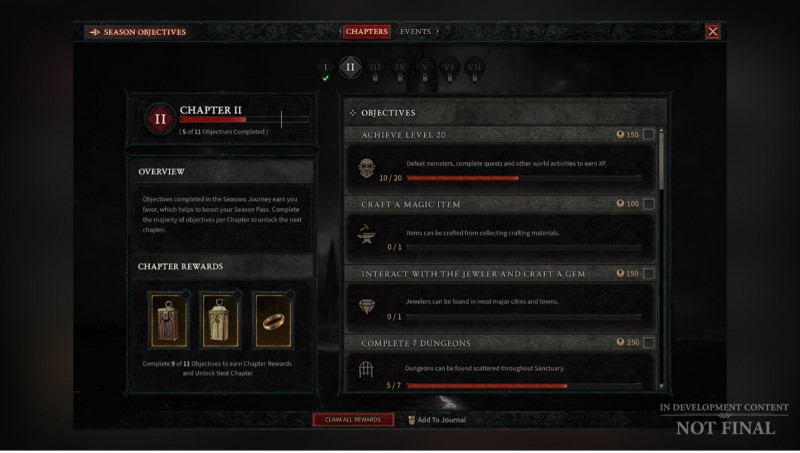 New live events will crop up with each season of Diablo IV. One example of an event like this might be the warning of an impending invasion of the Drowned, and this may last an entire weekend. Or, maybe a strange peddler will arrive amidst the crags of the Dry Steppes. Blizzard says these live events “provide gateways to new adventures and unique rewards.”

“Alongside our major season releases, we see the return of the Season Journey,” the blog reads. “Players are pushed to explore Sanctuary anew, earning limited-time rewards with each chapter of the Season Journey that is completed. Completing the Season Journey is quite a feat, with the final step demanding the character overcome an extremely difficult encounter with an especially deadly foe.

Blizzard says the game’s seasonal passes will recognize player dedication, with greater rewards unlocking as you play more throughout a given season. There will be a single track of rewards with the Free Tiers that are unlocked just for playing the game and leveling up, and there will be Premium Tiers, which provide no in-game power or advantage over other players.

“The Free Tiers of the pass will provide gameplay boosts to all players – things which make the journey of leveling up fresh seasonal characters faster and more streamlined,” the blog reads. “In contract, the Premium Tier rewards are focused on aesthetics, providing a huge value in the form of cosmetics and Premium Currency. Many of the rewards embody the season theme, helping players show off their participation in that Season.”

Here’s more of what Blizzard has to say about the Season Pass: 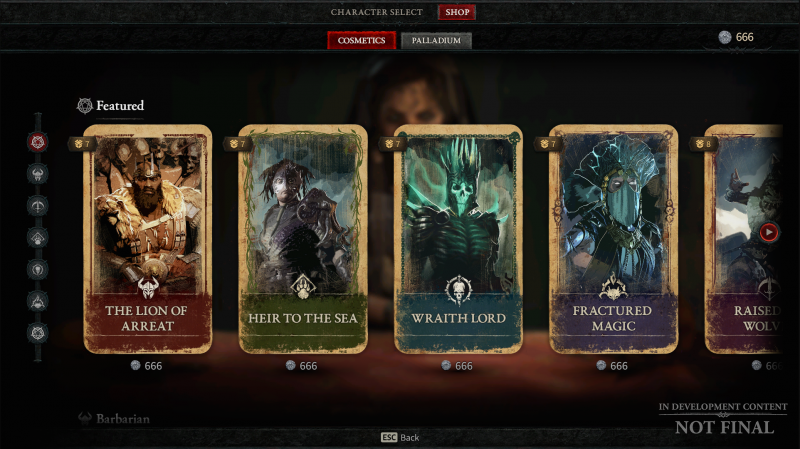 Blizzard writes in the blog post that its primary design goal for the shop was making sure that buying items felt good, before, during, and after the purchase. It also wants purchases to feel like ones that players want to do rather than ones players need to do. The team wants players to know exactly what they’re getting before they choose to buy, with no unpleasant surprises.

“The Shop’s cosmetics build on top of the foundation of a huge variety of transmogs from weapons and armors players will find in-game,” the blog reads. “It’s also important to us that the Shop is grounded within Diablo’s world, so our cosmetics are holistic fantasies, the individual components of which can be mixed and matched with transmogs from armors acquired in-game for endless customization options.” 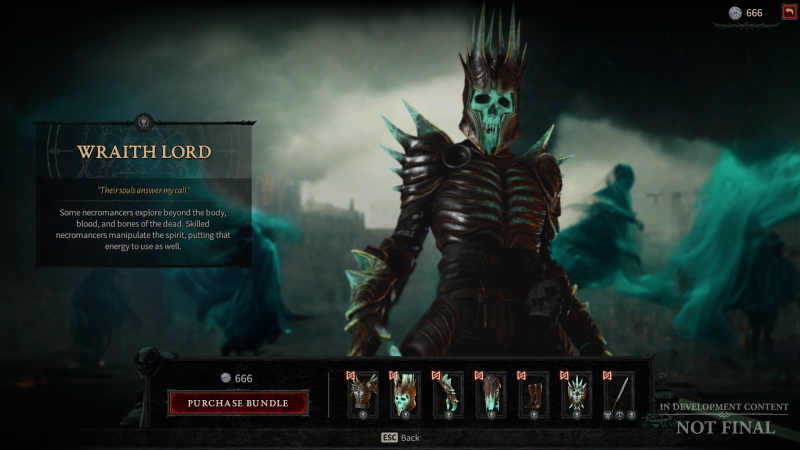 Here’s more on what Blizzard has to say about The Shop: 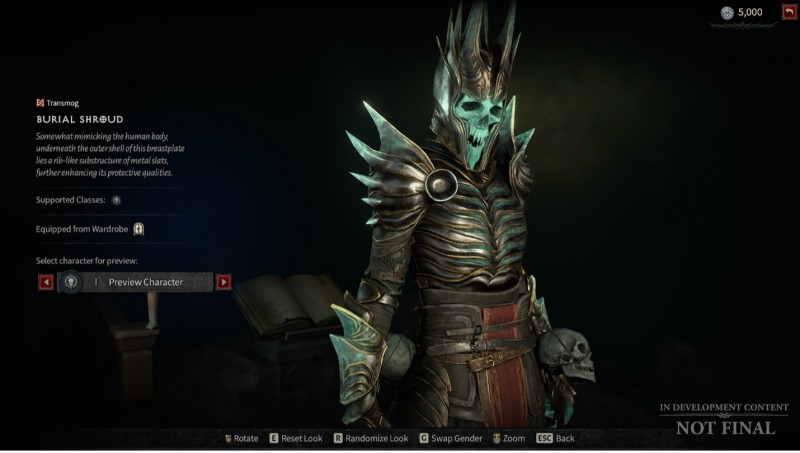 The gallery below shows screenshots of Legendary armors earned from playing the game (left) and armor cosmetics from The Shop (right):

“The most important guiding principle behind The Shop and Season Pass is to create something players love, look forward to, and appreciate being part of the game,” the blog post reads. “Cosmetics in Diablo IV create new ways for players to express themselves and never provide advantages in-game. Players will experience all the fun of Season, whether they spend anything or not. We intend to continue our dialog with players about The Shop and Season Pass, and we’ll always listen and seek out the community’s feedback about it. It is our sincerest belief that we can work together with the community to keep Diablo IV a living, evolving world for many years to come.”

And that wraps up this Diablo IV Quarterly Update.

What did you think of this Quarterly Update? Let us know in the comments below!