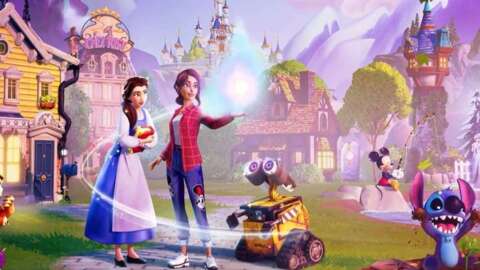 As a show of appreciation for players’ patience during Disney Dreamlight Valley’s early access troubles, developer Gameloft is offering some compensation in the way of 2,500 Moonstones–enough to unlock a Star Path, the game’s battle pass-like cosmetic rewards system.

Disney Dreamlight Valley has been a huge success for developer Gameloft, with its early access period bringing in tons of fans eager to spend time with their favorite characters in a cute life simulator. Things haven’t been perfect, though, as the game has seen its fair share of problems ranging from frustrating quest glitches to game-breaking bugs and beyond–not to mention it has some fundamental areas that could benefit from improvement.

✨COMPENSATION UPDATE✨
As a show of appreciation for your patience as we’ve worked through a variety of issues since Early Access launch, we will be sending all players 2,500 Moonstones on Monday!
This will cover the full price of the Star Path ✨

As of Monday, November 7, Gameloft has provided every early access owner with 2,500 Moonstones–the game’s premium currency–as a show of appreciation for players’ patience during the troubled launch period. This is enough Moonstones to purchase a Premium track in the current Halloween-themed Villains’ Star Path or for any future Star Path. If you’re a Dreamlight Valley player and want to claim these Moonstones, all you need to do is just head to your mailbox and accept them.

Dreamlight Valley’s first major update came in October, bringing with it a host of bug fixes alongside the addition of Lion King villain Scar and some new quests. Another update is expected later this year and will introduce some beloved Toy Story characters and a new realm based on the franchise.