Dolly Parton is, of course, a country star. And now she’s hoping to be a Rock Star.

That’s the name of her upcoming 2023 rock album, an endeavor she first teased in November when she was inducted into the Rock & Roll Hall of Fame. In addition to some original songs she’s writing now, Parton tells EW she’s also going to enlist several “iconic” singers to join her.

“I’m not one to miss a great opportunity,” Parton said earlier this month while promoting her new NBC holiday special, Dolly Parton’s Mountain Magic Christmas. “My husband’s a huge rock & roll fan, and he’s often said, ‘You ought to make a rock album sometime in your career.’ And then when that all happened and they went ahead and put me in anyway, I thought, ‘Well, I’m not gonna miss this chance, so I am doing a rock album.'”

Among the classics slated for the project: Prince’s “Purple Rain,” The Rolling Stones’ “(I Can’t Get No) Satisfaction,” Led Zeppelin’s “Stairway to Heaven,” and Lynyrd Skynyrd’s “Free Bird,” as she revealed to Jimmy Fallon in a recent appearance on The Tonight Show. She also told Access Hollywood that she’ll cover an Elton John track and that Journey’s Steve Perry will team up with her for “Open Arms, and that she’s hoping Aerosmith’s Steven Tyler will show up on the album.

The original song “Rockin’ It,” which she wrote for the Rock & Roll Hall of Fame 2022 Induction Ceremony, might even make the final cut. “That one’s not as rock & roll as a lot of the others on the album… it was more of a rockabilly song than hard rock,” she says. “But I just wanted to have something fun to accept that award with dignity, being humble about it.”

You can watch her performance of “Rockin’ It” below. 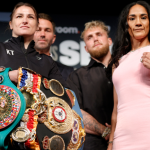