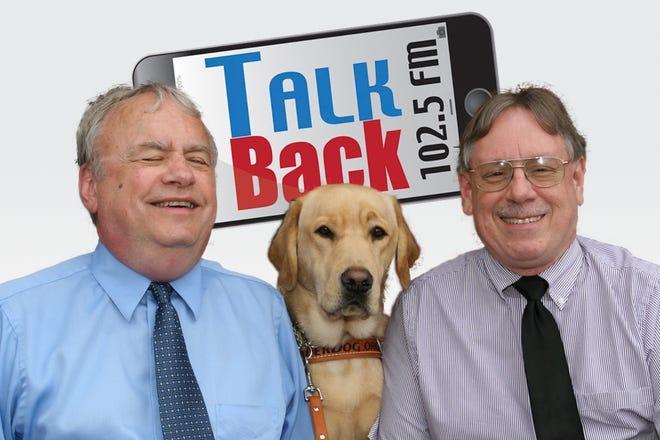 Recovered from last week’s elections? Didn’t think so. Like most everybody, we’ve been in a rotten mood ever since the polls closed. And it has nothing to do with who won or lost. Going nine days with nary a political ad on TV, radio or social media during which some loudmouth insists his flannel shirt-wearing opponent will destroy the universe in the blink of an eye is enough to drive any sane person crazy. And you know how it is with those eye-blinkers.

You can’t trust a thing they do or say.

Blinking an eye normally takes only a tenth of a second — yes; there are actually people who have nothing better to do than figure out stuff like that — which is roughly the same amount of time needed to process a thought or recognize a familiar tune. Unless you’re a slowpoke. Then it’s more like four times as long. But what’s a few hundred milliseconds between friends?

Especially when it’s the end of the world as we know it.

In case you missed it, that’s exactly what happened during last week’s mid-terms in Michigan. According to some. One second, things were cruising along on autopilot like they had been for 40 years, and next thing you know, the voters blinked and everything came to a screeching halt as all those who had pretty much done nothing but sit in back and twiddle their thumbs all day woke up and realized they’d been moved up front and would get to drive for a while. No more “Bluer than Blue.” Instead, it was “Happy Days are Here Again.” Needless to say, that came as quite a shock for those in the Simply Red Club who’d become accustomed to getting their own way all the time. Some of whom promptly stomped off in a huff to drown their sorrows.

Down at the local Pout and Sulk.

That’s what happens when you’ve been King of the Hill too long. You start resting on your laurels, believing your own press releases,and figuring you’re in charge because you’re entitled to be, instead of having to make your case to voters every couple of years or so. When you’re used to dining on filet mignon and crème brulée, it’s hard to swallow that heaping helping of humble pie the waiter suddenly plops on your plate instead. But those currently engaged in weeping, wailing and grinding of teeth would do well to follow Henry Higgins’ advice and cease their detestable boo-hooing instantly.

Or seek the shelter of some other place of worship.

Despite what their bloated egos like to think, there’s far more to life in the Legislature than being a bill factory that cranks out public acts left and right. Besides, you don’t have to be in the majority to cut through the bureaucratic red tape in which your friends and neighbors so often find themselves entangled. Neither should those newly entrusted with holding the reins of power get all cocky and think they’ve been permanently anointed to lead the state to the promised land. For in such an hour as they think not, the worm will again turn, turn, turn.

The Byrds said so.

Meanwhile, two things are poised to happen over the next 45 days. First, with no incentive to do anything consequential between now and the end of the year, the traditional lame duck session will be more like dead duck instead. And, second, with the 2024 presidential campaign in full swing, the next round of political ads are only milliseconds away. Say it with us, boys and girls.

Talk Back with Doug Spade and Mike Clement is heard every Saturday morning from 9 a.m. to noon Eastern Time on Buzz 102.5 FM and online at www.dougspade.com and www.lenconnect.com.